Join us for our Westchester Pride Watch Party & Panel Discussion of "CURED". 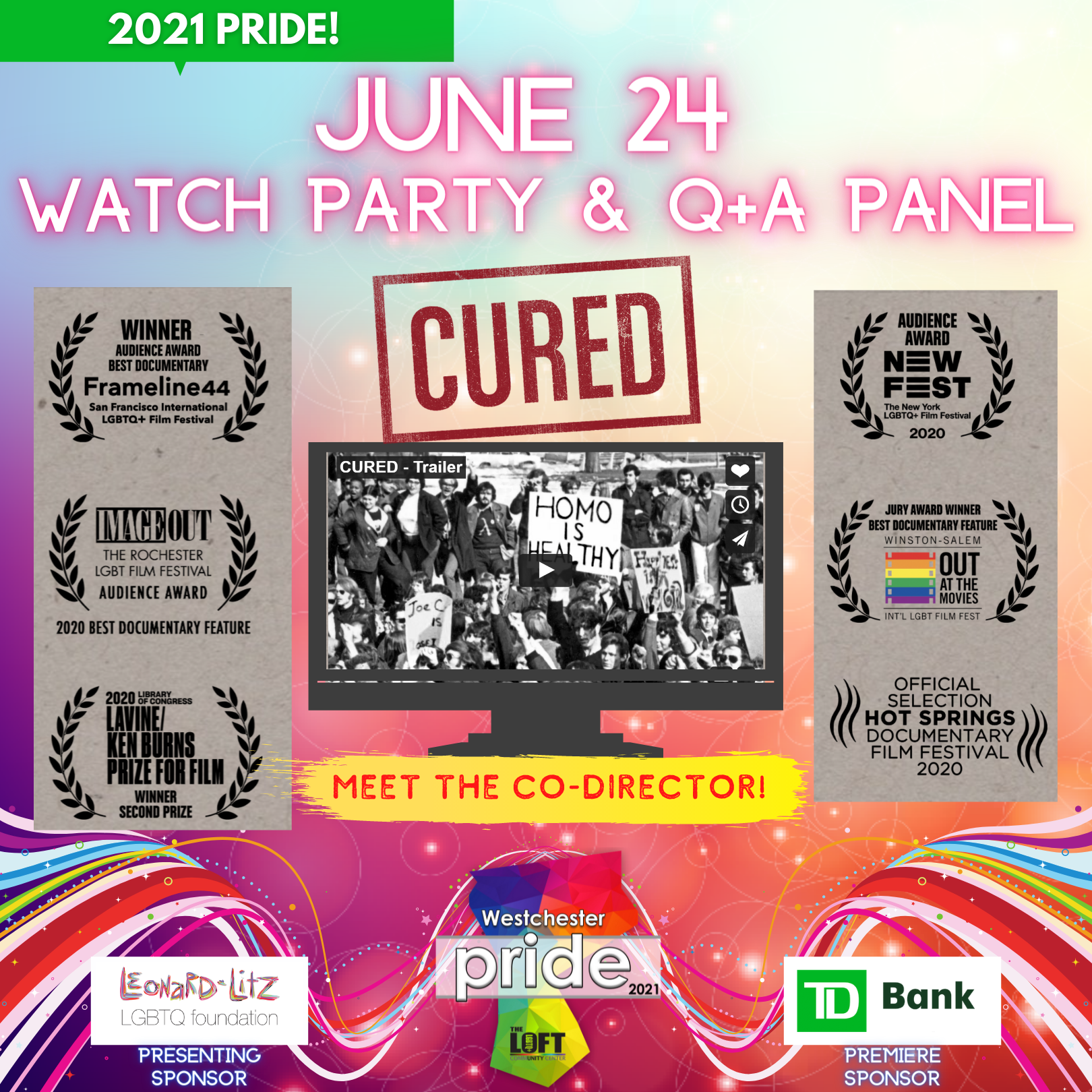 Meet the LGBTQ activists who refused to accept psychiatry's mental illness label of homosexuality and changed history.
This award-winning documentary chronicles the battle waged by a small group of activists who declared war against a formidable institution — and won a crucial victory in the modern movement for LGBTQ equality.

Screening the documentary will be free from June 18 to June 25 for all those who register. An optional donation is welcomed, a portion of which will benefit The LOFT.

Thursday, June 24th, 6:30 PM watch the film with LOFT staff and community members as a group on zoom

The LOFT is excited to announce a private virtual screening of the award-winning new documentary CURED, which highlights a pivotal but little-known moment in LGBTQ history when activists rose up to challenge a formidable institution — and won! The film will be available to screen online from June 18-25. Please save the date on Thursday, June 24th for a LOFT Watch Party of the film at 6:30PM ET if you would like to screen the film with a group on zoom followed by a live virtual Q&A panel at 8 pm ET.

Described as “fascinating” (Hollywood Reporter), “riveting” (The Queer Review) and “one of the best documentaries of this or any year” (British Film Institute) — and winner of the Audience Favorite award at NewFest 2020: The New York LGBTQ Film Festival  — CURED takes viewers inside the David-versus-Goliath battle that led the American Psychiatric Association to remove homosexuality from its manual of mental illnesses in 1973. The film spotlights a diverse group of activists who achieved this epic victory in the movement for LGBTQ equality. Watch the trailer for CURED.

While CURED highlights a little-known story from the past, its lessons are profoundly relevant today. Ultimately, the documentary celebrates the pathbreaking contributions of LGBTQ pioneers while demonstrating that even in the face of seemingly insurmountable obstacles, social change is possible.

The LOFT is proud to partner with the producers of CURED to offer this invitation-only preview event to members and allies of our organization. We hope you’ll join us to watch and discuss this inspiring new film! We’ll provide more details about this virtual screening event in the weeks ahead, including a link to register for June 18-25 on-demand screening of CURED.