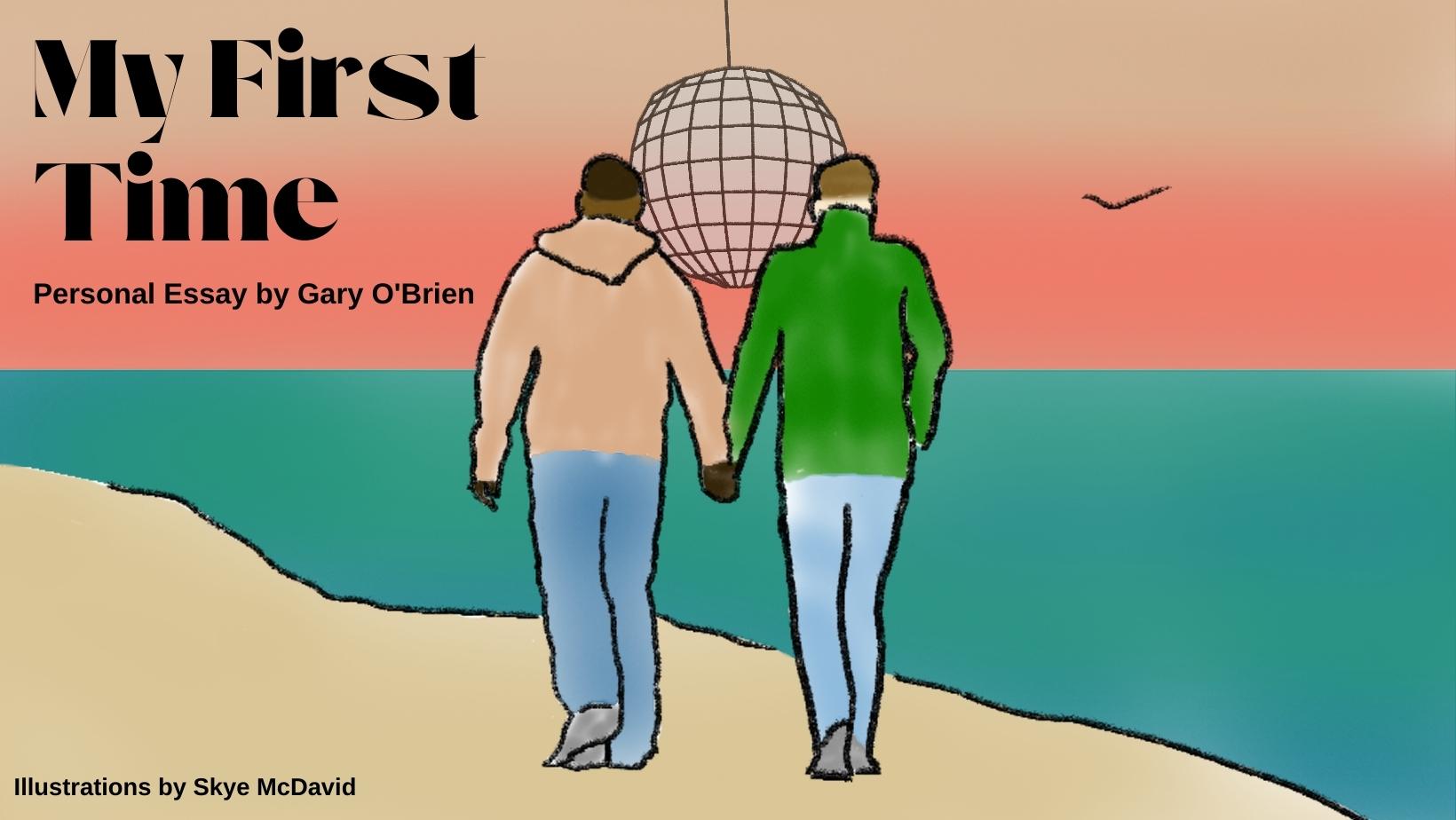 Everyone remembers their first time. Mine was in the summer of 1979. I was sixteen years old. Naïve in a way that only an older, wiser version of myself can really understand. When I was sixteen, I thought I knew everything and all I needed was a little more time so that my chronological age would catch up with my mental age. Sounds like the very definition of naïve to me.

School had just let out for the summer and I was reading the Sunday Funday section of the Newsday daily paper. I came across a section on beaches and was skimming it quickly because I am not much of a beach person. I will take a beautiful mountain over a beach every time. However, as I was skimming, something caught my eye. There was a section on a gay town on Fire Island called Cherry Grove.

Hell, I was only fifteen minutes from the ferry to Fire Island. This piqued my interest so I read more. The following Saturday I was on a ferry from Sayville to Cherry Grove. It was so exciting and anxiety-provoking all at the same time. I could not believe my eyes when I got to the ferry station and there were hundreds of beautiful boys and men all going to Cherry Grove. I did not realize there were this many gay people in the entire world let alone right here in my neck of the woods.

I sat alone on the ferry with my heart pounding with excitement while my mind raced with trepidation. I got off the ferry and walked around. I went to the beach and could not believe the amazing sight of so many same-sex couples holding hands, hugging, kissing, and just enjoying their lives. I was bursting with joy!

As evening approached, I went to the Ice Palace, the most popular nightclub in Cherry Grove. I was only sixteen, the drinking age was eighteen, but I was physically filled out at sixteen so if they did not card everyone, I thought I could just walk right inside. Well, little did I know, my nerves got the better of me as I approached the entrance. I got scared and casually walked on by.

I came back filled with determination and excitement, but then stood outside for about fifteen minutes trying to convince myself to go inside. I was worried about seeing someone I knew and what they would think. It never occurred to me that if I did see someone, they would be in the same position as me, because as far as I knew, I did not know any gay people (ha, ha – so silly of me). After about another hour and three more times of coming and going, I mustered the courage to go inside. I was right, no one carded me. I used that to my advantage over the next two years.

I thought my heart was going to pop out of my chest. I thought my mind was going to explode from the exhilarating combination of thrill and fear. But I was inside. The place was amazing. A nice long bar, giant dance floor. Spectacular mirror ball. Dazzling lights. And the most beautiful sight of all – hundreds of beautiful people loving their gay lives!

I was shy to acclimate, but got a drink, roamed around, danced a bit, and got so lost in the sheer joy of the moment that before I could blink it was 4:00 a.m. closing time. I had missed the last ferry back to Long Island, so really was stuck until morning, but I did not care. I had just learned that I was not alone and had the most amazing experience of my short life. There is a great, big, healthy, beautiful, gay world just waiting to welcome me and you! I was in heaven.

As the club was closing a very handsome, young bar back realized I was a bit lost. He asked me if I had somewhere to stay. I told him I did not, but that was okay because I would go lay on the beach until the morning ferry. He kindly offered me to stay at his place at the Ice Palace. Back in those days, the Ice Palace provided accommodations for their summer work staff.

I remember my first time in a gay club so well, not because of the beautiful bar back whose name I cannot even recall. Not because I realized there is so much more gay life out there than my cloistered, short life had led me to believe. Not because I felt a level of joy and happiness that I never dreamed was possible. I remember my first time so well because it was when I realized I am not alone. Growing up gay is such an insular, isolating experience that it is easy to imagine you are alone and different in a bad way. This was the first time I realized I am not alone and I am different in a particularly good way. You are too!

Skye McDavid (she/her) is a queer artist and scientific illustrator specialized in paleontology. She mostly works with dinosaur anatomy, but is passionate about LGBTQ+ art as well. She can be reached, here.