The Fall of Roe V. Wade 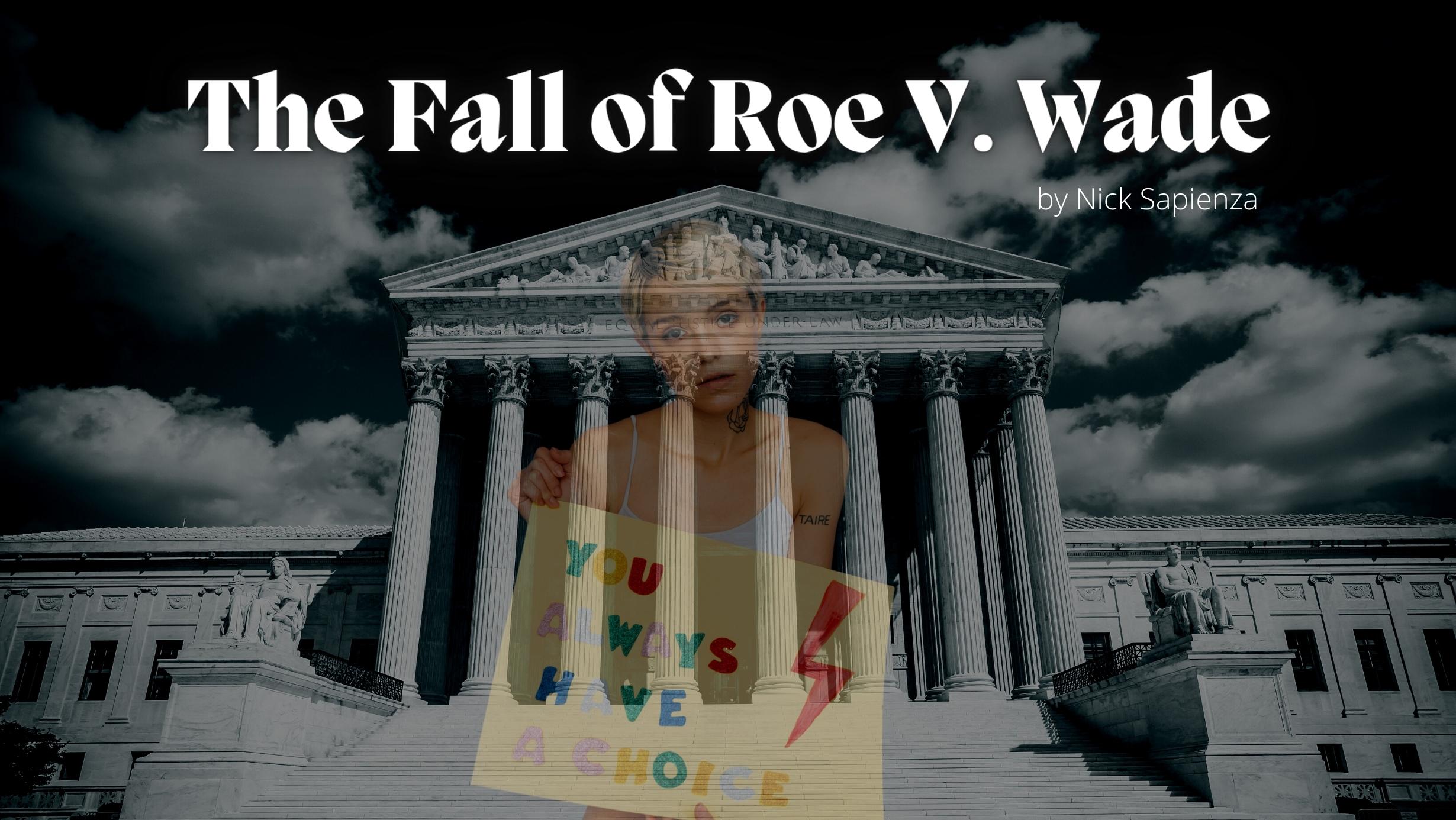 Sometimes I wake up and think America is making progress in the right direction, and then I read the news and let out a long sigh. The unfortunate news about the United State Supreme Court overturning Roe V. Wade is a slap in the face to reproductive rights for women and other uterus-bearing people.

Not only would it deny access to safe abortion procedures, but marginalized groups would also face even more significant barriers to abortion healthcare than they already do now. Now that Roe V. Wade has been overturned, many other potential rights could be challenged next.

Gay marriage was only legalized seven years ago; sodomy laws were abolished in 2003. A banning of Roe V. Wade poisons freedom to bodily autonomy for women and queer people everywhere. The current path America is on will eventually turn America into a totalitarian state that erases our liberties and criminalizes our desires.

As a queer person, you should be paying attention. A revocation of abortion rights demonstrates a higher, more dangerous political power play at work. There have been recent criticisms of the Supreme Court’s verdict, but there hasn’t been any real action taken against them for their blatant abuse of their position and power. We’ve had the typical conversations where we condemn a proposed law or an act that discriminates/targets a minority group in America with either nothing being done or very little action being taken at the last second. That being said, Roe V. Wade deserves our attention for several reasons. Specifically, the overturning of Roe V. Wade means all of our court-appointed rights could be targeted. Justice Thomas himself said the SCOTUS should reconsider its past rulings codifying rights to contraception access, same-sex relationships, and same-sex marriage.

The overall threat of Roe V. Wade stands that the very nature of repealing this law will threaten women’s rights to the safe practice of abortion and other healthcare. The literal definition of the Roe v. Wade states, “the Constitution of the United States protects a pregnant woman's liberty to choose to have an abortion without excessive government restriction.” At least thirteen states have “Trigger Laws” in place which have now gone into effect, some of them, banning all forms of abortion without exceptions.

And while we think of our women, people with uteruses, and queer people whom this change in legislation will severely impact. It will also hit Black women hard due to the significant inequities in our healthcare system regarding treatment and pregnancies. A commonly known fact among hospitals is that Black women have a higher mortality rate during childbirth. According to one prominent study, “After risk adjustment, Black patients had a significantly greater risk of death (adjusted relative risk, 1.44; 95% confidence interval, 1.17-1.79), and the disparity was similar within each hospital type.” Black women already face particular risks with hospitals taking their medical issues seriously during pregnancies; now imagine a black woman trying to get an abortion across state lines safely. It's another barrier loaded with horrible consequences if she's caught.

For years, there has been a continued and broad discussion centered around the ethics of abortion. What’s interesting is that no matter the circumstances of how a woman becomes pregnant, there seems to be a moral obligation thrust upon them to see the pregnancy through to birth and afterward, do what they will with the baby. They can keep it or give it up for adoption. Ironically enough, these "moral" suggestions are rarely made by most women who have experienced the agony of an unwanted pregnancy; most of these are made by pro-choice, Christian, white men who do not have to suffer any of the consequences of their morally, self-righteous suggestions. Pro-choice advocates believe it’s so easy to give up a baby if you don’t want it. Nine months of an unwanted pregnancy is a long and turbulent time, especially if there are additional adverse health events. It's anything but easy.

Before 1973, you could be driving on the interstate and see a sign reading something like, “CHOOSE ADOPTION.” This sign was a measure used to dissuade women traveling across states to get an abortion, to encourage them to see the pregnancy to term, and to give the child up for adoption. Statistics show that even after Roe V. Wade was implemented, the number of women giving their children up for adoption was about 2 percent by the mid-1980’s, which eventually dropped to 1 percent by 2002. In 2014, only 18,000 children under the age of 2 were placed in adoption agencies. On a larger scale, there are 1 million abortions each year following Roe v. Wade. For the most part, adoption and abortion rates have generally fallen over time. This suggests that women are choosing between abortion and parenting, and for the most part, women are not interested in adoption as a reproductive option.

Let's also be clear about abortion, there is a myriad of reasons a woman may choose abortion, and all of them are equally valid. However, it's especially important to examine the need for an abortion of a pregnancy that is the product of rape. For reasons easy to understand, a majority of women who were raped and found themselves pregnant seek abortions. Forcing a pregnant woman, who is already suffering from sexual assault and who does not want to be pregnant, is a crime against humanity that only compounds the misery and trauma she/they are experiencing.  Trying to have an abortion in a state that outlaws all exceptions has serious and dire consequences for the woman who seeks an abortion. The real threat to so many women, who want abortions in places where they are prohibited, is the risk of incarceration. A woman who crosses state lines or uses medical pills to induce abortion, where abortion is outlawed, can receive severe prison sentences.

One especially horrifying example of this draconian measure has already happened in the county of El Salvador where abortion under any circumstance is illegal.  Recently, one woman who suffered an obstetric emergency had to undergo an abortion and was arrested and sentenced to 30 years in prison for aggravated homicide. Others have been sentenced to prison after suffering apparent miscarriages that were reported to authorities. El Salvador paints a dystopian picture of where we are headed, with states like Texas leading the way.

With the sad announcement regarding Roe V. Wade from last Friday, I have to comment that as a queer person; I’m afraid of my rights being stripped away.  Revocation of rights is very real in the current state of America, It's also unrealistic to think so many are going to be able to put their lives on hold to travel to have abortions in "free" states, while also risking the potential of being incarcerated. What can be done?  Right now, voting primaries are occurring--what we still have is the power to vote.  You must get registered, you must show up and vote.  Let your elected officials know your thoughts.  This matters too, if they know how you feel and others feel the same way--that gives them the power to speak up against this new form of jurisprudence tyranny.

One thing is for certain, we, the LGBTQ+ Community will continue to fight on because it's not OK that women in this country are no longer free to make their own reproductive choices. If they are not free, we are not free--and because of this, we fight forward!