Come and join an exciting SPECIAL WATCH PARTY EVENT: "AS SEEN ON TV: AN EXPLORATION OF LGBT CHARACTERS: 1954-1979"

Stonewall Museum explores the history of LGBT characters on television. Fifty years ago, prime-time television often depicted LGBT characters as sexual deviants and mentally deranged, and sometimes as flat-out murderers. Negative attitudes toward gay TV characters lingered until the 1970s. With a 25-year timeline of episodes, the exhibit shows popular 1970s sitcoms such as "All in the Family," "Sanford and Son," "Barney Miller”, "The Jeffersons" and"The Bob Newhart Show” warming up to LGBT characters.
To participate in The LOFT's Watch Party you just need access to Zoom, no Netflix, Hulu or streaming account needed.
.
We encourage people to use the Zoom chat feature while the film is playing so people can comment along. We will also have a short discussion period after the film where people can discuss their feelings and thoughts. 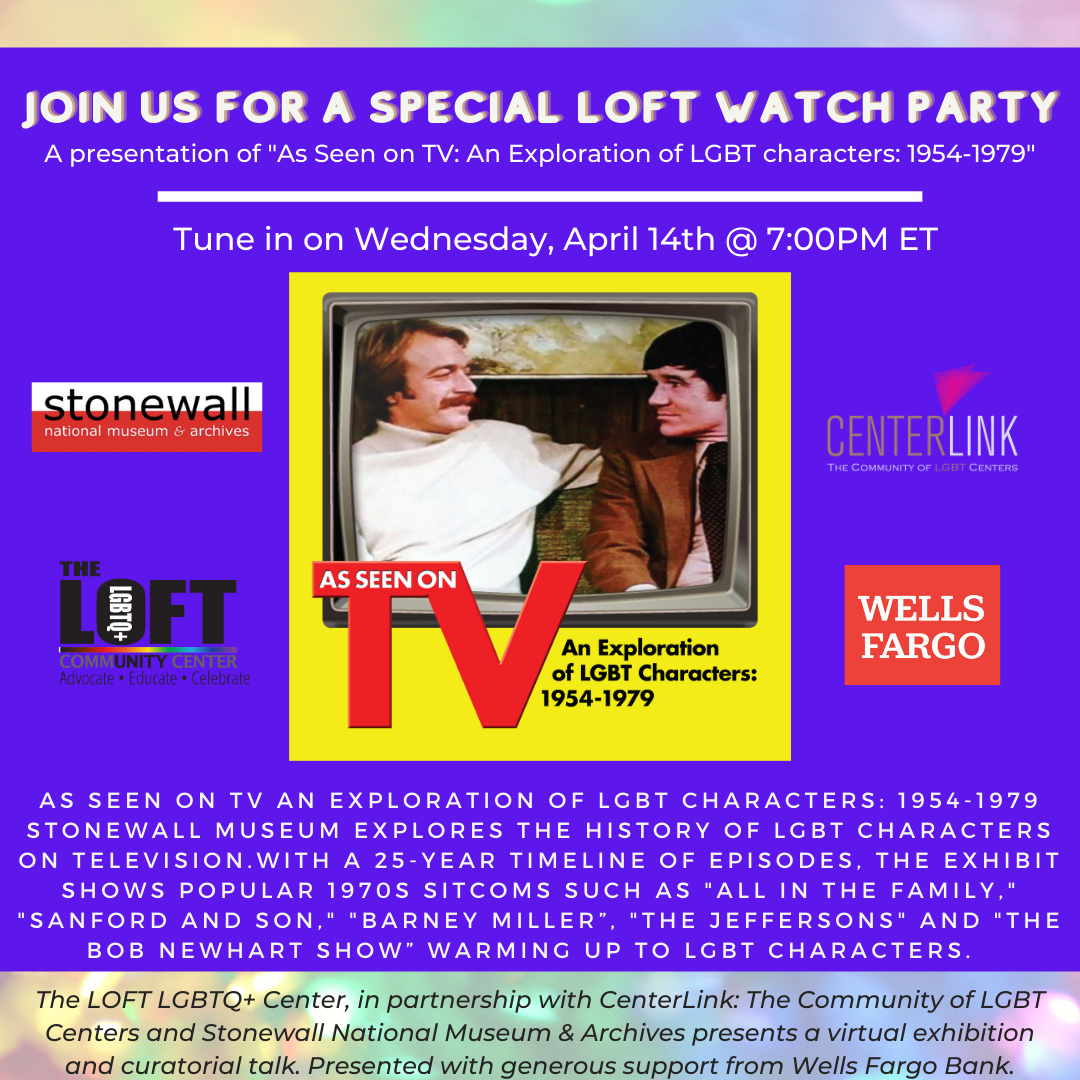 The LOFT Watch Party shows an LGBTQ+ film one Saturday each month at 6:30pm, followed by a short discussion.