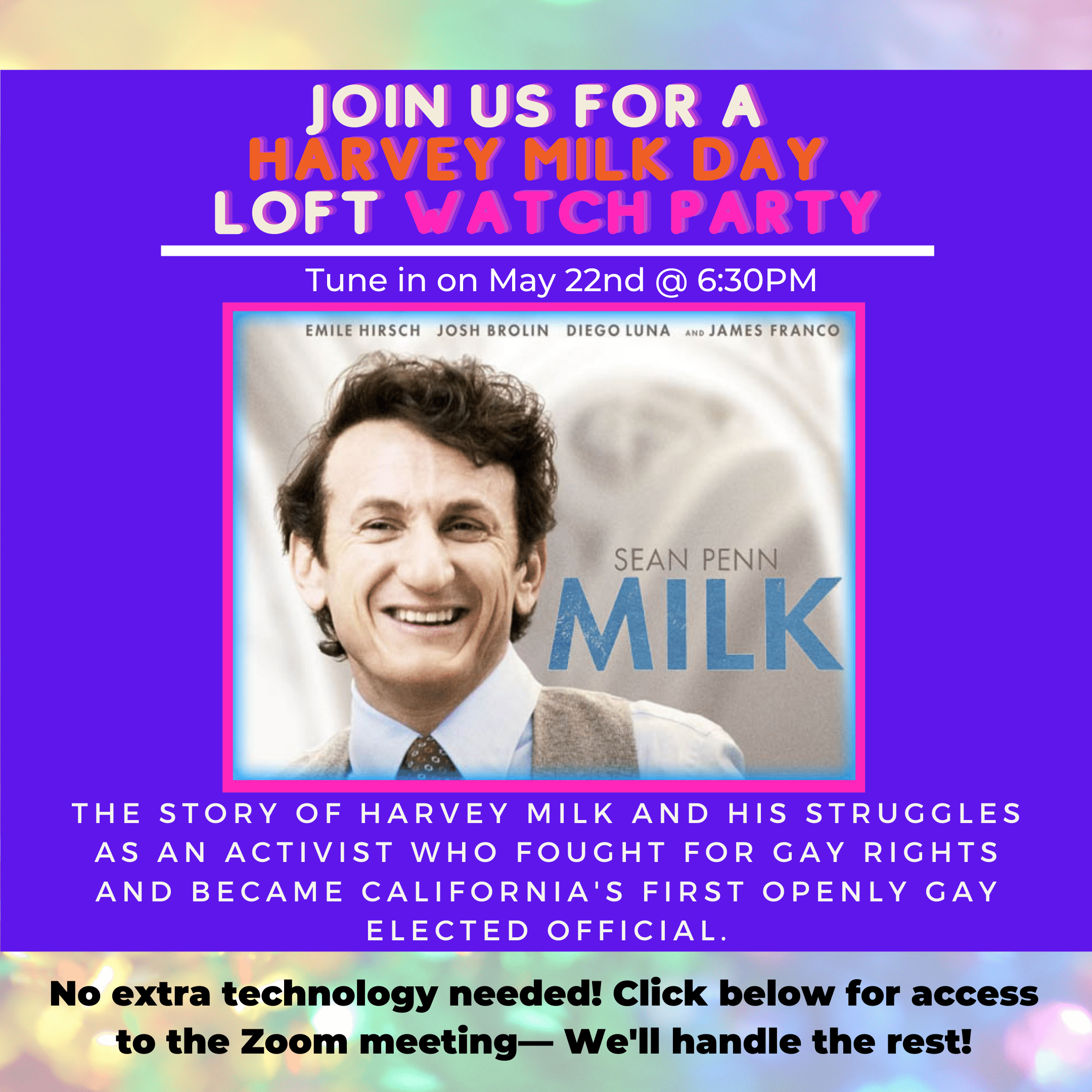 The story of Harvey Milk and his struggles as an activist who fought for gay rights and became California's first openly gay elected official.
To participate in The LOFT's Watch Party you just need access to Zoom, no Netflix, Hulu or streaming account needed.
.
We encourage people to use the Zoom chat feature while the film is playing so people can comment along. We will also have a short discussion period after the film where people can discuss their feelings and thoughts.

The LOFT Watch Party shows an LGBTQ+ film one Saturday each month at 6:30pm, followed by a short discussion.