The LOFT Mourns the Loss of Edie Windsor

Posted by Shepard Verbas 30sc on

The LOFT: LGBT Community Center mourns the loss of civil rights pioneer Edie Windsor. In 2012, we had the honor of presenting her with an award in her namesake which embodied her and her late wife’s pursuit for civil justice, The Edie Windsor & Thea Spyer Equality Award. In 2013, the U.S. Supreme Court upheld her case against the United States government striking down DOMA. Since she first attended The LOFT Gala 5 years ago, Edie has been back to present her award to other exemplary LGBT advocates. She was scheduled to be with us again at this year's event. We know she is with us in spirit…a spirit that will live on by guiding us forward in the march for equality.

Please read more about Edie's inspirational legacy with The LOFT below. 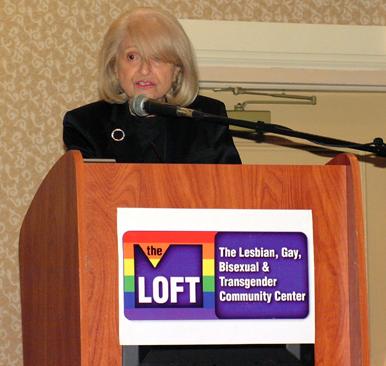 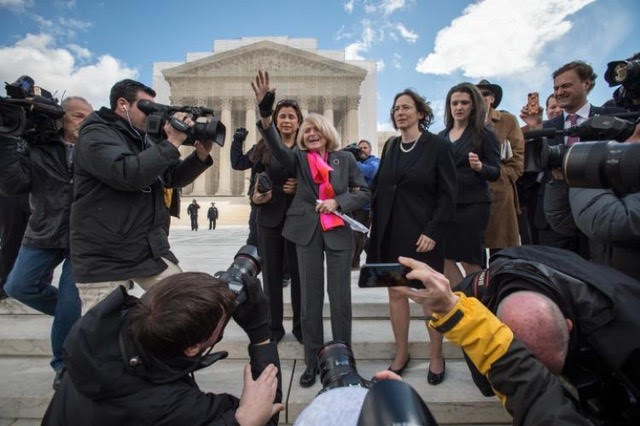 Five years ago, The LOFT created the Edie Windsor and and Thea Spyer Equality Award and made Edie Windsor, then 82, its first recipient. We invited Edie to White Plains in March of that year as our guest of honor. After receiving the award she stood at the podium and thanked our community center for “this humongous honor.” She quickly added, “Now I want to explain why I am suing the United States.”
.
She then told her story — which includes her love story with Thea Spyer that spanned more than four decades. They met in 1963 in a New York City restaurant that was known as a hang out for lesbians. “That evening we danced together until I wore a hole in my stocking.” In 1965 they became a steady couple. They became engaged in 1967 and she wore a circular diamond broach, because wearing a diamond ring in those days would prompt too many questions. “We lived many carefree years,” she recalled. She was an computer programmer for IBM, Thea was a clinical psychologist. They had great friends, partied, traveled, and, of course, danced. In 1975, Edie retired from IBM and spent the next decades focused on activism. “Engaged with every gay organization that existed, I was a sucker for computerizing the mailings lists,” she joked.
.
In 1977, Thea was diagnosed with progressive multiple sclerosis. “We lived through the vicissitudes of aging and illness.” Thea progressed from using a cane, to using crutches, to being wheelchair bound. At the end of her life, Thea was a quadriplegic. “She never lost brain power, or speech, or her brilliant personality.”
.
They registered as domestic partners in New York on the first day it was available and had hoped to one day be legally married as a same sex couple in the United States. At one point, though, they had to face Thea’s “lousy” health prognosis, and they decided to travel to Canada in May 2007 to legally marry there. There were a number of other activists who helped them organize the trip. Former LOFT Equality Award recipient Brendan Fay helped produce a documentary about this titled, “Edie and Thea: A very long engagement.” LOFT members and honored activists Michael Sabatino and Robert Voorhees also helped.
Thea died in 2009 and Edie said that she was overcome with grief and ensuing health issues. It quickly became clear that while the state of New York might have recognized that she and Thea were partners, the federal government did not recognize their marriage.
.
While Thea bequeathed her estate to Edie, the government taxed Edie as if there were single people, not legal spouses. She was charged $362,000 in federal estate tax — a sum of money she would not have had to pay had she been legally married to a man. Some of us know this as the “gay tax,” she quipped.
.
“I am 82 years old, I live on a fixed income, and I pay my taxes, which is not easy. Overwhelmed by my sense of injustice and unfairness, I decided to enter a law suit against the government seeking to get back my money.” Edie asked attorney Roberta Kaplan to take her case, and she did, while also enlisting the help of the ACLU. Edie called them the legal “dream team.”
.
“When I think of what federal recognition of marriage would for same sex couples, I think of justice and fairness … instead of treating us as legal strangers,” she told The LOFT Gala attendees in 2012.
“DOMA excludes us from marriage, and that is unfair.”
.
By the time she came to speak at The LOFT, Edie was already well known in the New York LGBT activist community, but she wasn’t yet as large a national figure as she would become. Her case was on its way to the Supreme Court of the United States. She told us that she was stopped on the streets of the city and routinely thanked for fighting the government and working to reverse DOMA. It moved her. It kept her strong. “I thought of young people falling in love for the first time. I thought of the children of LGBT couples. I thought of the beginning of the end of abuse and internalized homophobia and closets and lying about who we are and suicides. Mostly I thought about hope for our lives.”
.
The rest is history. The Supreme Court heard her case against DOMA in late winter 2013. In late June 2013, the U.S. Supreme Court struck down the Defense of Marriage Act, which defined legal marriage as only between a man and a woman, in a 5-4 vote. Edie became a national and international hero for LGBT rights and we will forever be grateful for her willingness to tell her story and fight for justice.
.
— LOFT Board Member, Jean Marie Angelo — 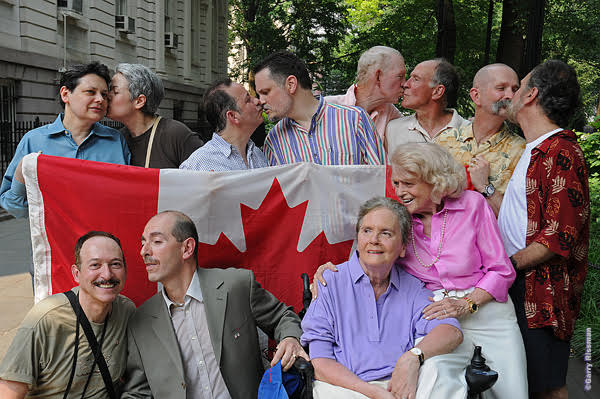 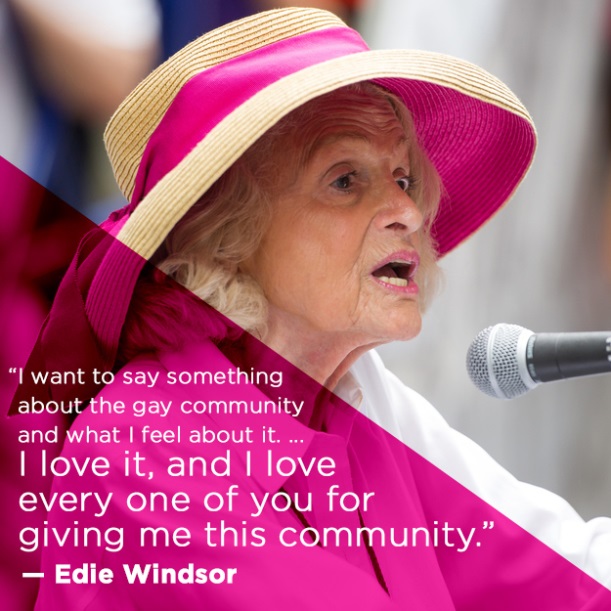 Forever in our hearts and in our history.