The Harlem Renaissance As Gay As It Was Black Exhibit

Posted by Ryan Kirrane 32sc on 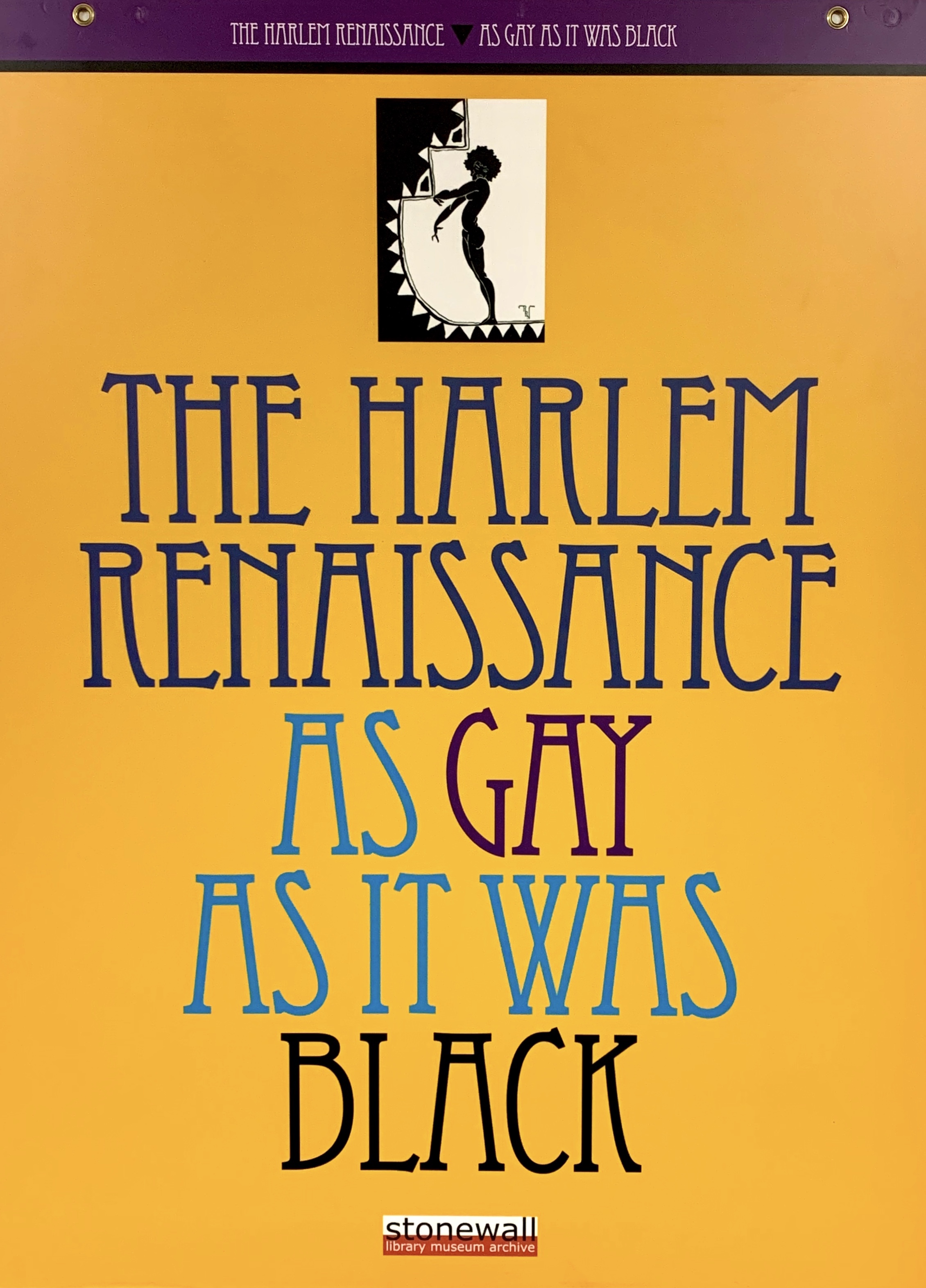 In honor of Black History Month, come check out The LOFT's newest exhibit, in partnership with the Stonewall National Museum & Archives, titled
"The Harlem Renaissance As Gay As It Was Black".

Exhibit Description: According to noted African-American historian Henry Louis Gates, the Harlem Renaissance, was "surely as gay as it was black, not that it was exclusively either of these." With few exceptions, the writers, artists and performers of this seminal period in black history were closeted, but nonetheless imbued their work with coded references to their sexuality.

In a segregated America, they gloried not only in black artistic achievement but also in black identity. With gay men and lesbians in legal and social limbo, the Harlem Renaissance celebrated sexuality with a total level of tolerance remarkable for that era.

This exhibit spotlights gay life in Harlem during this period, surveys the artistic movement that defined black culture in the 1920s and 1930s, and profiles its leading gay, lesbian, and bisexual participants.