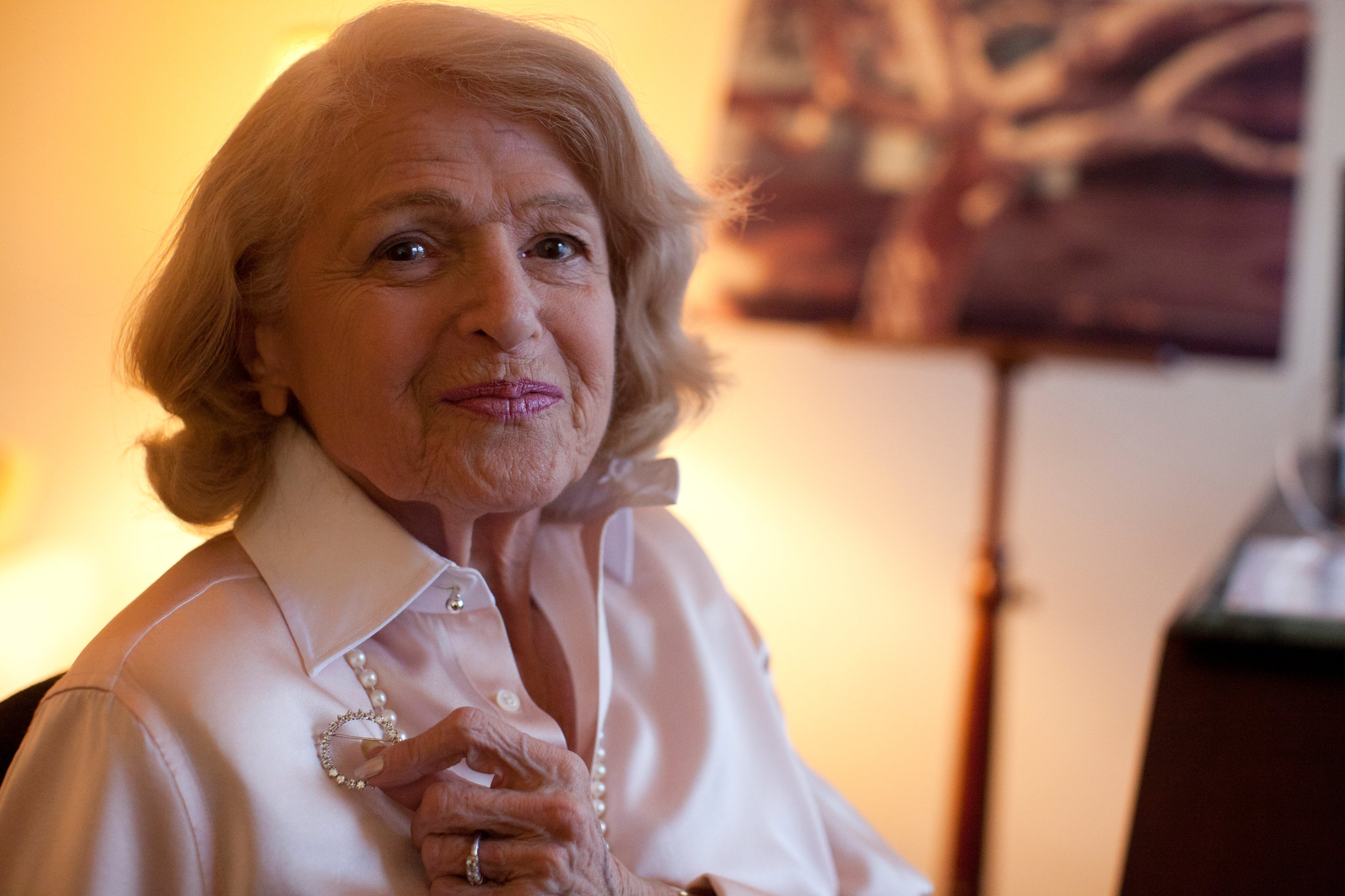 Edith Windsor, called Edie, was born in 1929, the youngest of three children, to James and Celia Schlain in Philadelphia. Her parents were immigrants from Russia who owned and lived above a candy and ice cream store, both lost during the depression. Despite hard times, her parents valued their children’s education, making financial sacrifices to buy them books and send them to college.

Edie was a very attractive young lady, dating many boys in high school. But during college at Temple University, she became aware of her homosexuality. In the 1950s, afraid to live her life as a gay person, Edie married her brother’s best friend. Within a year, she confided to him that she longed to be with women, and they parted amicably.

Edie moved to New York City, hoping to find other gay people. However, Edie was uncomfortable with gay life in New York City in the 1950s, outwardly a part of the rough gay bar scene in New York that frequently was raided by the police. She studied applied mathematics and received a master’s degree from New York University in 1955. She was one of the very few women at the heart of the revolution in computer programming, working for IBM starting in 1958 and becoming a senior systems programmer. Edie received the first IBM PC delivered in New York City, and in 1987 was honored by the National Computing Conference as a pioneer in operating  systems. After leaving IBM, she founded and became president of PC Classics, Inc, a software house specializing in consulting and major software development projects.

At a West Village restaurant, she met Thea Spyer, a PhD psychologist and an accomplished violinist whose family fled Amsterdam ahead of Hitler’s invasion. Two years later, in 1967, they began what turned out to be a very long engagement Thea proposed to Edie with a diamond pin, because a ring would have prompted unwelcome questions. Edie and Thea kept a low profile, leading a life typical of upwardly mobile professional couples in Manhattan, hosting dinner parties for friends, traveling, and spending summer weekends at their beach house in South Hampton. But life changed when Thea developed multiple sclerosis. In 1977, Edie left IBM to care for Thea, who gradually became quadriplegic.

The AIDS crisis in the 1980s built solidarity among the gay community. Although Edie largely kept her private life secret in the past, she now decided to volunteer for many gay rights organizations. Numerous awards attest to her advocacy over more than two decades, including an award named for her: the Edie Windsor Equality Award.

Windsor and Spyer registered as domestic partners when it became possible in New York in the 1990s. In 2007, when Thea’s medical condition became terminal, they traveled to Canada to officially marry, accompanied by three health aides and a small group of close friends. Their marriage in Toronto, as well as their decades-long devotion, is chronicled in an award-winning documentary titled: Edie and Thea—A very Long Engagement.

Thea died in 2009. A short time later, Edie suffered a serious heart attack, leaving her in fragile health with an implantable cardioverter-defibrillator.

When Spyer died, she left her entire estate to Windsor, primarily her share in the couple’s New York apartment. However, in 1996, Congress passed the Defense of Marriage Act, defining marriage for all federal purposes as a union between a man and a woman. Despite being married in Canada and having a domestic partnership in New York, DOMA prohibited Edie from the benefit of a tax exemption for surviving spouses, resulting in a federal estate tax bill of more than $300,000. In 2010, at age 81, Windsor decided to challenge the unfair tax in court.

She met lawyer Roberta Kaplan, also a Jewish lesbian, who agreed to take her case. They became close friends while working on the case, celebrating Jewish holidays together with Kaplan’s family. After two lower court victories, her case was accepted by the Supreme Court. Windsor’s case had the backing of many Jewish organizations, including the Anti-defamation League, Hadassah, and the Conservative and Reform movements.

The Supreme Court victory for Edith Windsor was a landmark victory for gay marriage, declaring DOMA—which excluded gay married couples from over 1,000 federal provisions—unconstitutional. The decision marked the first time that the U.S. federal government recognized same sex marriage. Gay couples now could file joint tax returns, get access to veteran’s and Social Security benefits, hold on to their homes when their spouses died, and get green cards for their foreign spouses.

After the Supreme Court victory, worshipers packed Congregation Beit Simchat Torah in Manhattan for Friday night services to celebrate. Kaplan and Windsor spoke, comparing their efforts to the daughters of Zelophehad in the Torah, women who fought for their inheritance rights and won. “Inherent in Jewish belief is the view that people, communities, and even the law must and should change when times and ethical circumstances require it,” said Kaplan.

Now Edith Windsor’s living room is filled with mementos of a battle she never expected to fight, including a pile of thank-you letters and a photo of Michelle Obama giving her a congratulatory hug. In 2013, Edie was named one of the Forward 50 most important Jewish people and was nominated for Time Magazine’s Person of the Year. Her life is an inspiration to all seniors that it is never too late to make a difference!