Finding My Own Voice with

CAN’T TAKE THAT AWAY 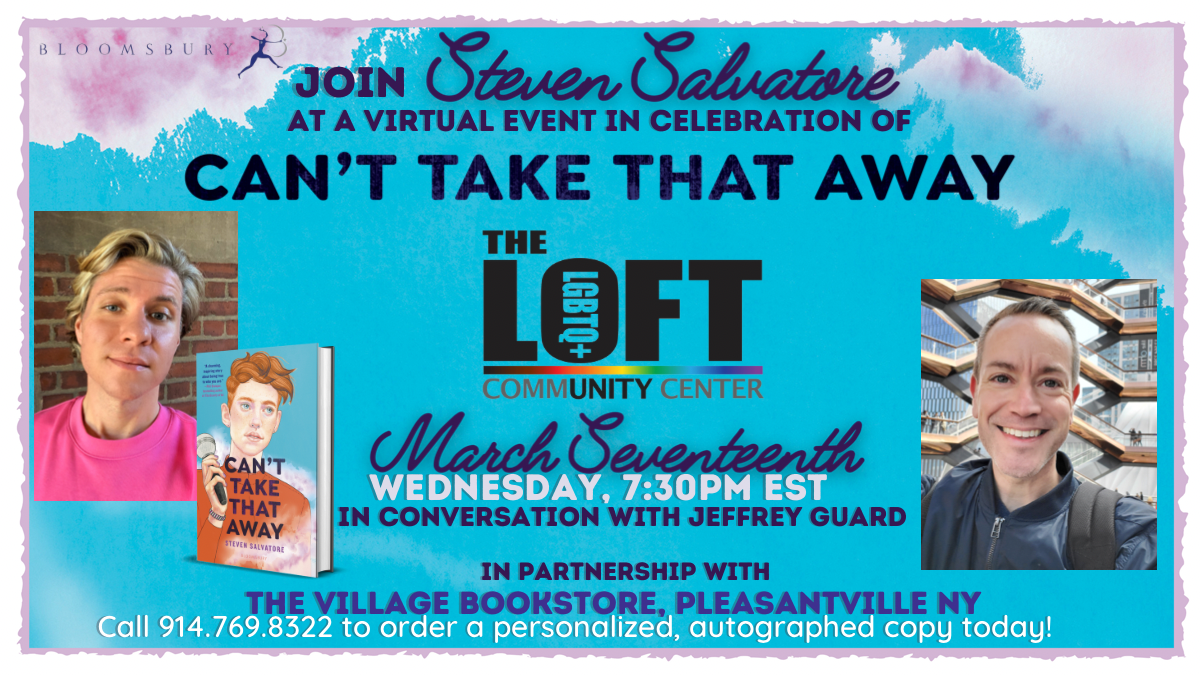 Steven Opens Up About Their Exciting Debut Novel,

Life As a Writer, and Being Genderqueer

I wasn’t ready; I was shopping at Trader Joe’s when I got The Call.

Seeing my agent’s name flash across my screen only two weeks after taking my book out on submission could mean one of two things: either she was dropping me completely—I tend to have a glass fully empty attitude at all times—or she had news that would change my life. Luckily for me and my mental health, it was the latter. As I perused Joe’s frozen goodies, she informed me that three editors were ready to offer on my book, with two more potentially interested, and that in exactly one week we were heading to auction.

My little book—about a genderqueer teen who leads a protest against a bigoted school administration after they’re booted from the school musical—was all but certain to be published.

It took a few hours of gleeful screaming before it hit me: Now that my book was about to sell, I would have to come out as genderqueer.

It didn’t matter that I wasn’t ready. 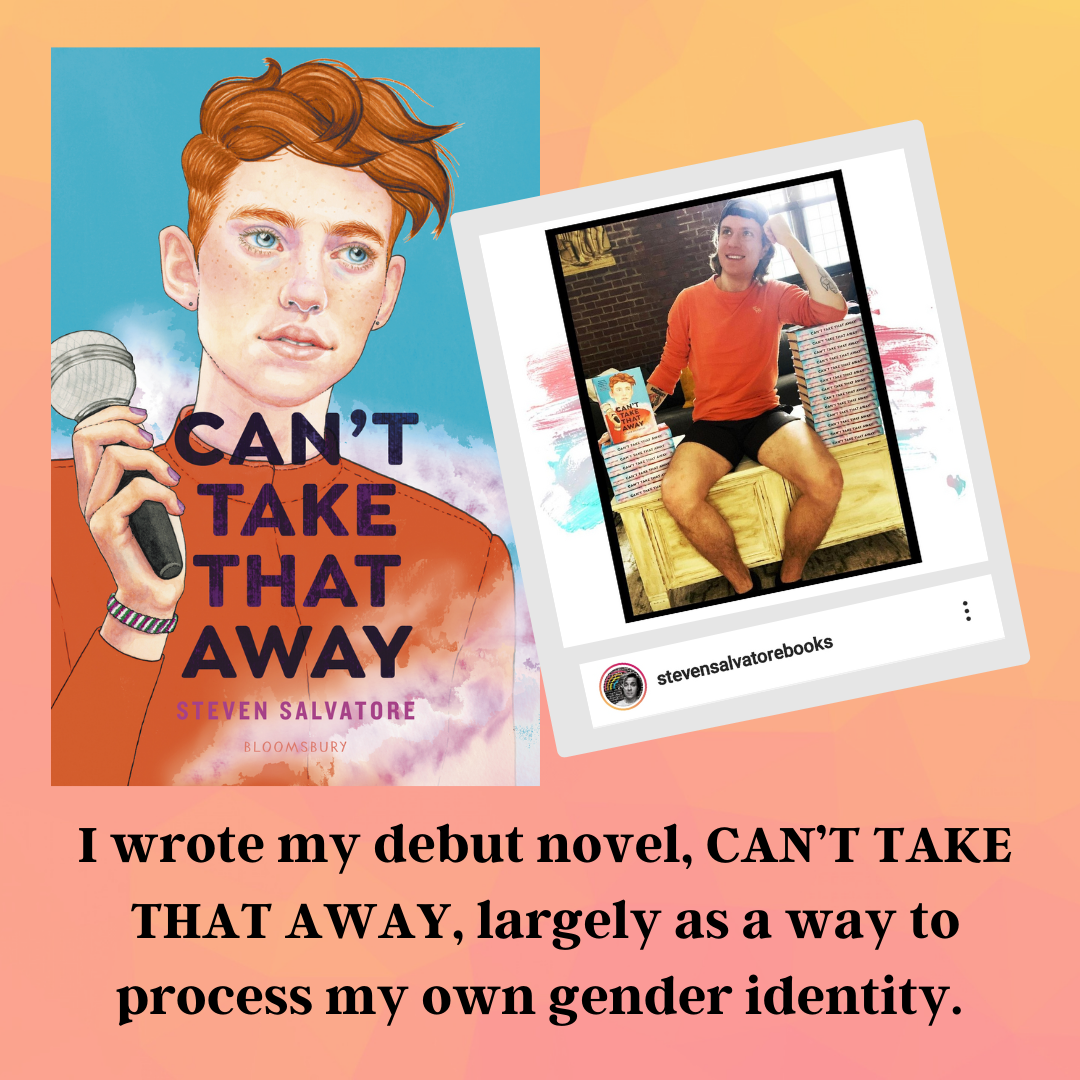 I wrote my debut novel, CAN’T TAKE THAT AWAY, largely as a way to process my own gender identity. Through Carey Parker, the novel’s protagonist, I explored my complicated relationship with gender, and through them, I poured so much of my heart and soul and joy and pain. I wrote a character completely sure of who they are; there is no debate, nor is there hesitancy with Carey, who came out as genderqueer long before the actual start of the story.

When I queried—and eventually sold—CAN’T TAKE THAT AWAY, it was pitched as an #OwnVoices book, which was my truth, just not a public one. It felt safe to self-identify as genderqueer privately because I had the trust of my agent and eventual editor. But that could only stay private for so long.

In the publishing world, books marketed as #OwnVoices—what started as a Twitter hashtag and has now become a standard marker in the book world, especially in Young Adult spheres— are books about diverse characters written by authors who share the same background and identity as their main character(s.)

This online movement has been crucial in generating necessary and long overdue conversations and changes in the publishing industry. It shined a light on the disparity between marginalized authors writing authentic characters and stories based on lived experiences and shared identities, and non-marginalized (namely straight, white, cisgender) authors writing identities to which they do not belong.

Until very recently, too many books about Black, Indigenous, people of color and LGBTQ+ characters were written by white, straight, cisgender writers. Publishing has always held up the patriarchy and played a significant role in white supremacy, but within the last decade, movements like #WeNeedDiverseBooks and #OwnVoices have sought to change that.

As an LGBTQ+ writer, I can easily say we haven’t really had the chance to tell our stories. Not really. Not fully. Not yet, anyway.

In the last five years or so, diverse queer representation, particularly in young adult, has seen a great boom. Still, I can’t name one young adult book with a genderqueer main character beyond mine.

As a genderqueer person, I never saw myself anywhere until I read Jeff Garvin’s SYMPTOMS OF BEING HUMAN as a 31-year-old adult, and then again with Mason Deaver’s I WISH YOU ALL THE BEST. Even then, those characters identified as non-binary, which is an umbrella term that genderqueer falls under, but not specifically genderqueer.

Queer folks need opportunities to tell our own stories because our stories are infinite. They look different from writer to writer, character to character. No one plot is the same, and no one story can and should ever stand for the whole. The push for #OwnVoices stories is not only necessary, it is the bare minimum. Publishing has a long, long way to go before there’s true parity, but prioritizing us telling our own stories is a start. 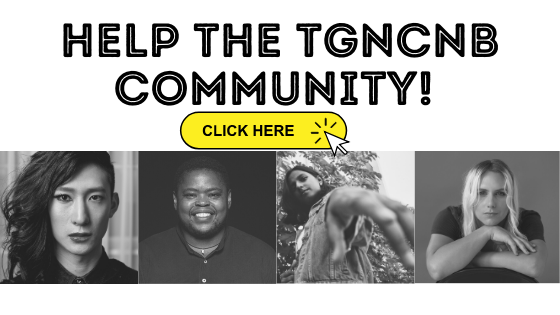 But what happens when #OwnVoices is used to police LGBTQ+ writers? One unintended consequence is that LGBTQ+ authors have been forced to come out before they’re ready due to reader’s “needing” to know an author’s identity.

Because of the much-needed push toward equality and fair representation in publishing, it’s become commonplace for avid readers to search out and bolster #OwnVoices books. While this has been a fantastic boost for so many LGBTQ+ authors, it’s also made it difficult for some LGBTQ+ authors who haven’t yet come out, or are still trying to process their respective identities in private, especially when people have weaponized the hashtag to police not-out authors. Social media and nuance don’t exactly mix. 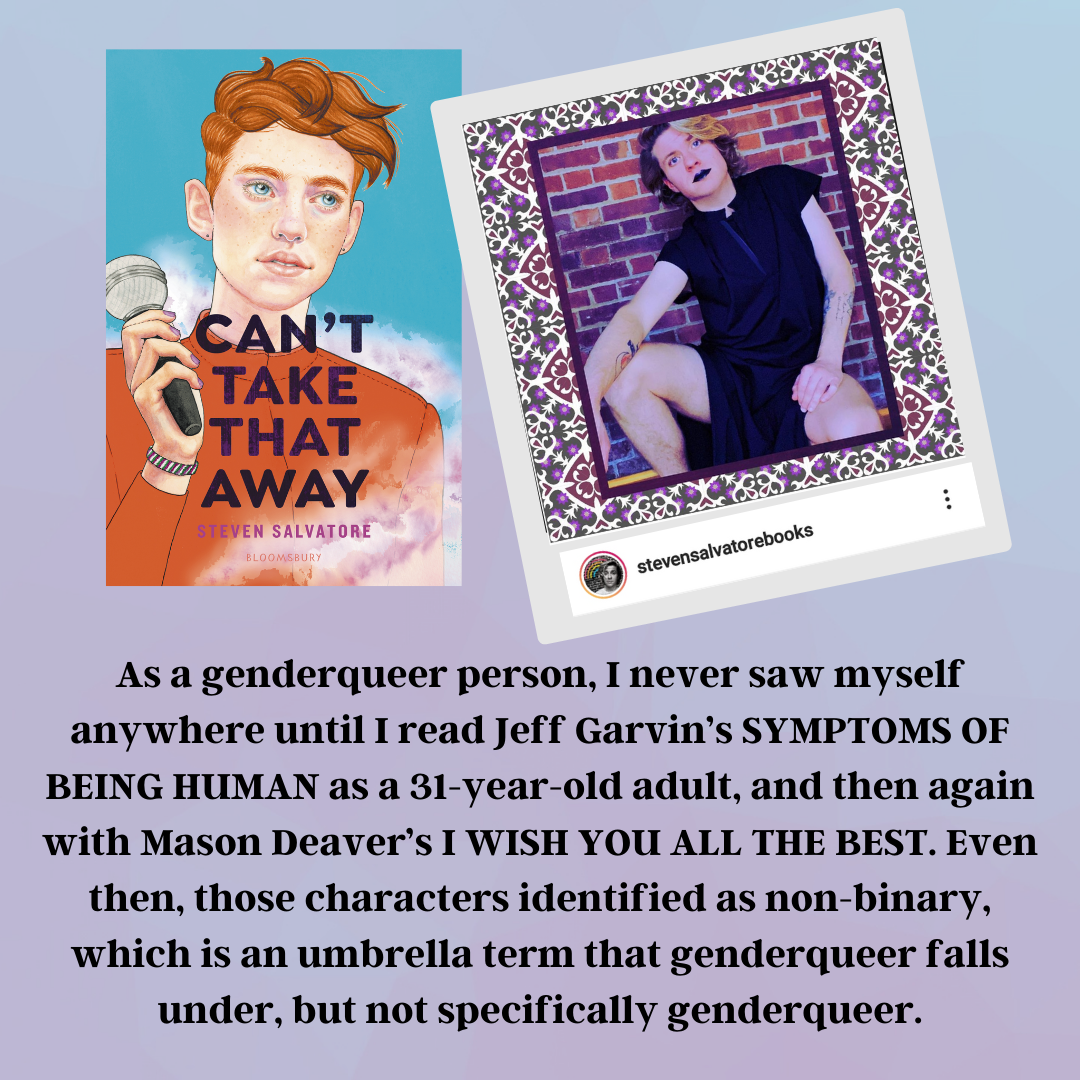 One famous example of this is New York Times Bestselling author Becky Albertalli, who wrote SIMON VS. THE HOMO SAPIENS AGENDA (adapted as Love, Simon for the big screen in 2018.) One question persisted around Albertalli as she released numerous titles with queer lead characters: What gave her, a presumably cisgender, presumably straight author the authority or right to write about LGBTQ+ characters? Except Albertalli isn’t straight.

In an op-ed she penned for Medium in 2020 after she had had enough of the speculation, harassment, and invasive lines of questioning, the author wrote, “The thing is, I called myself straight in a bunch of early interviews. But labels change sometimes.”

She goes on to say, “You know what’s a mindfuck? Questioning your sexual identity in your thirties when every self-appointed literary expert on Twitter has to share their hot take on the matter. Imagine hundreds of people claiming to know every nuance of your sexuality just from reading your novels. Imagine trying to make space for your own uncertainty […] Why do we, again and again, cross the line between critiquing books and making assumptions about author identities? How are we so aware of invisible marginalization as a hypothetical concept, but so utterly incapable of making space for it in our community? Let me be perfectly clear: this isn’t how I wanted to come out. This doesn’t feel good or empowering, or even particularly safe.”

Nobody should ever feel like they are forced to come out in order to defend what they’ve written against people who feel entitled to know an author’s private life.

I’d been on the periphery of the book world for years. I knew the conversations around Becky Albertalli and other authors well. I knew once the ink dried on my book deal that I had to come out publicly as genderqueer. If I didn’t, my book and my person would risk scrutiny by strangers who felt entitled to me. Still, it took years to process my genderqueerness, and it was one thing to declare my genderqueerness to myself, my husband, my best friend, and another thing entirely to change the pronouns in my bio and type four words I felt belonged solely to me: “I’m gay and genderqueer.” 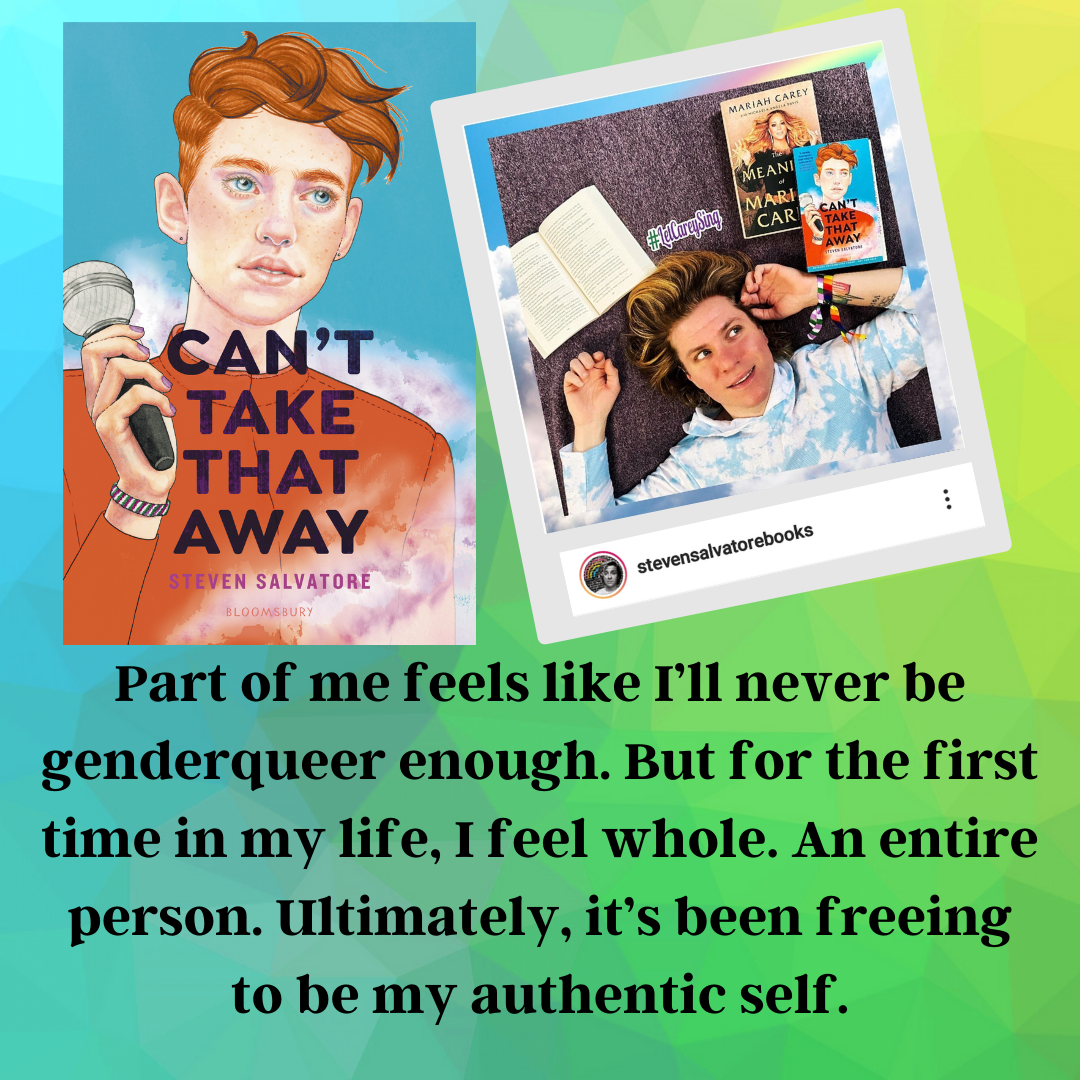 Part of me feels like I’ll never be genderqueer enough. But for the first time in my life, I feel whole. An entire person. Ultimately, it’s been freeing to be my authentic self. But I get this question a lot from LGBTQ+ writers I teach and it reminds me of Becky Albertalli every time: “Who can write our stories?”

My answer: “Only we can write our stories.”

That’s the best we can do. The world deserves and needs our stories. From us. We’re the only ones who can write nuanced, beautiful, raw, real stories about what it means to be LGBTQ+. We’re the only ones who can write our identities as more than just identities, but as an intrinsic part of our personhood in a way that both defines and doesn’t define us. We’re so much more than our queerness, but we are our queerness.

And it’s not up to queer folks to police anyone. We should know better than anyone how easy it can be to hide in plain sight when we need to. There are many queer authors who are not publicly out because they can’t be due to familial or financial situations, or fear and uncertainty. But there doesn’t have to be a reason to not come out. That’s an individual journey, and sometimes it’s easy to forget that authors are real, complex people trying to figure themselves out and survive.

Frankly, the ownness is on decidedly cisgender, straight writers to allow us space to write our stories, and to not take up room that should be ours simple because they believe they can. Straight, cisgender folks can do all the research in the world and hire sensitivity readers, but I haven’t read any stories by cishet authors that accurately infuse realism, accuracy, and the subtly of an authentically lived experience into a queer first-person main character the way queer writers can.

Like Carey sings in CAN’T TAKE THAT AWAY, “I’m ready.” 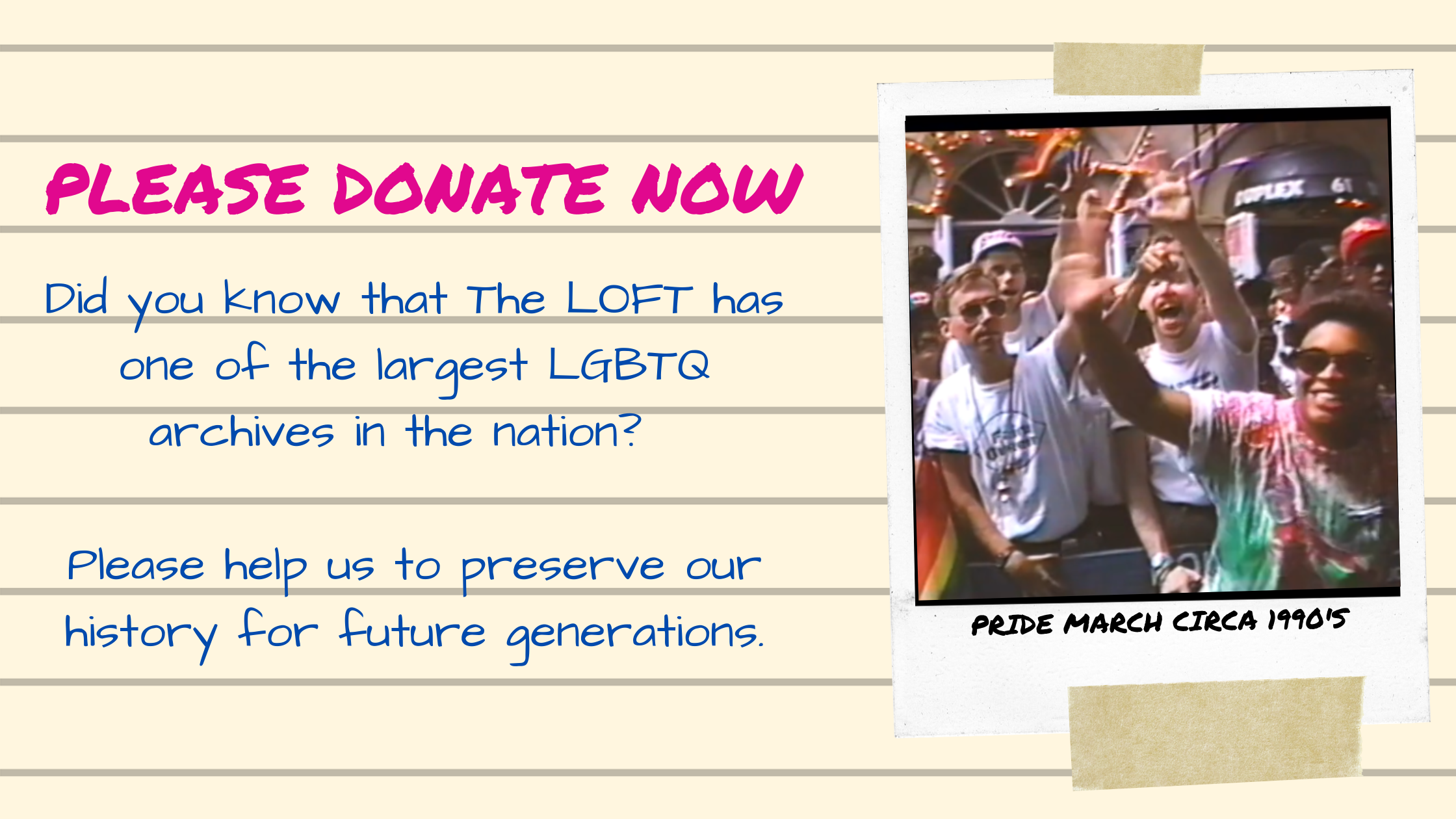