Out at the Movies: Beach Rats 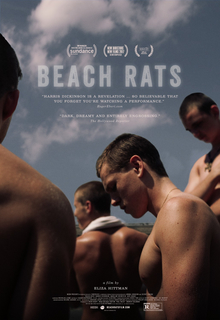 Join The LOFT's Out at the Movies Group to see a special screening of Beach Rats at the Jacob Burns Film Center on Tuesday, September 12th. The film is at 7:35 PM.  The group will meet in the theatre lobby at 7:15 PM.

Following the film will be a Q&A with the film's producer Brad Becker-Parton along with JBFC Creative Culture Director Sean Weiner.

The screening of "Beach Rats" tonight at Jacob Burns Film Center is almost sold out. JBFC contacted The LOFT to recommend our Out at the Movies attendees buy tickets in advance. Here is the link to purchase tickets:
http://shop.burnsfilmcenter.org/single/SelectSeating.aspx…

“[Beach Rats] is more of a tone-poem, a shifting collage of mood and atmosphere…” (RogerEbert.com)

“Hittman’s skill as an impressionistic filmmaker, giving us enough glimpses that we can fill in the whole, makes for an incredibly engaging viewing experience.” (Vulture)

On the outskirts of Brooklyn, an aimless teenager named Frankie (played by newcomer Harris Dickinson in a stunning breakout performance) is having a miserable summer. With his father on his deathbed and his mother pressuring him to get a girlfriend, Frankie finds relief from his unrelentingly bleak home life by getting high, causing trouble with his delinquent friends, and exploring his burgeoning homosexuality by flirting with older men online. As his online chatting and webcaming intensifies, Frankie begins meeting men at a nearby cruising beach while simultaneously entering into a precarious relationship with a young woman (Madeline Weinstein in her feature debut). Eliza Hittman’s (It Felt Like Love) award-winning Sundance hit is a powerful character study that is as visually stunning as it is evocative. 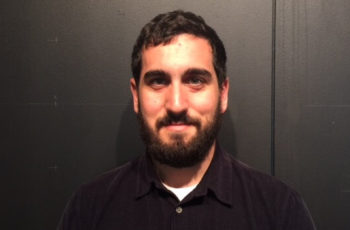 Brad Becker-Parton is a producer at Animal Kingdom, a New York-based independent film production company. Most recently, Brad produced Eliza Hittman's second feature, Beach Rats and was an associate producer on Tramps, directed by Adam Leon. Previously, Brad worked as a creative executive at Killer Films on projects such as Carol and Still Alice, and produced the documentary series New Orleans: Here and Now with Court 13's The Department of Motion Pictures and Time, Inc.

There will be an optional discussion at the Pleasantville Dinner to discuss the film.