Selwyn Walters: An Inspiration To The Local LGBTQ+ Community 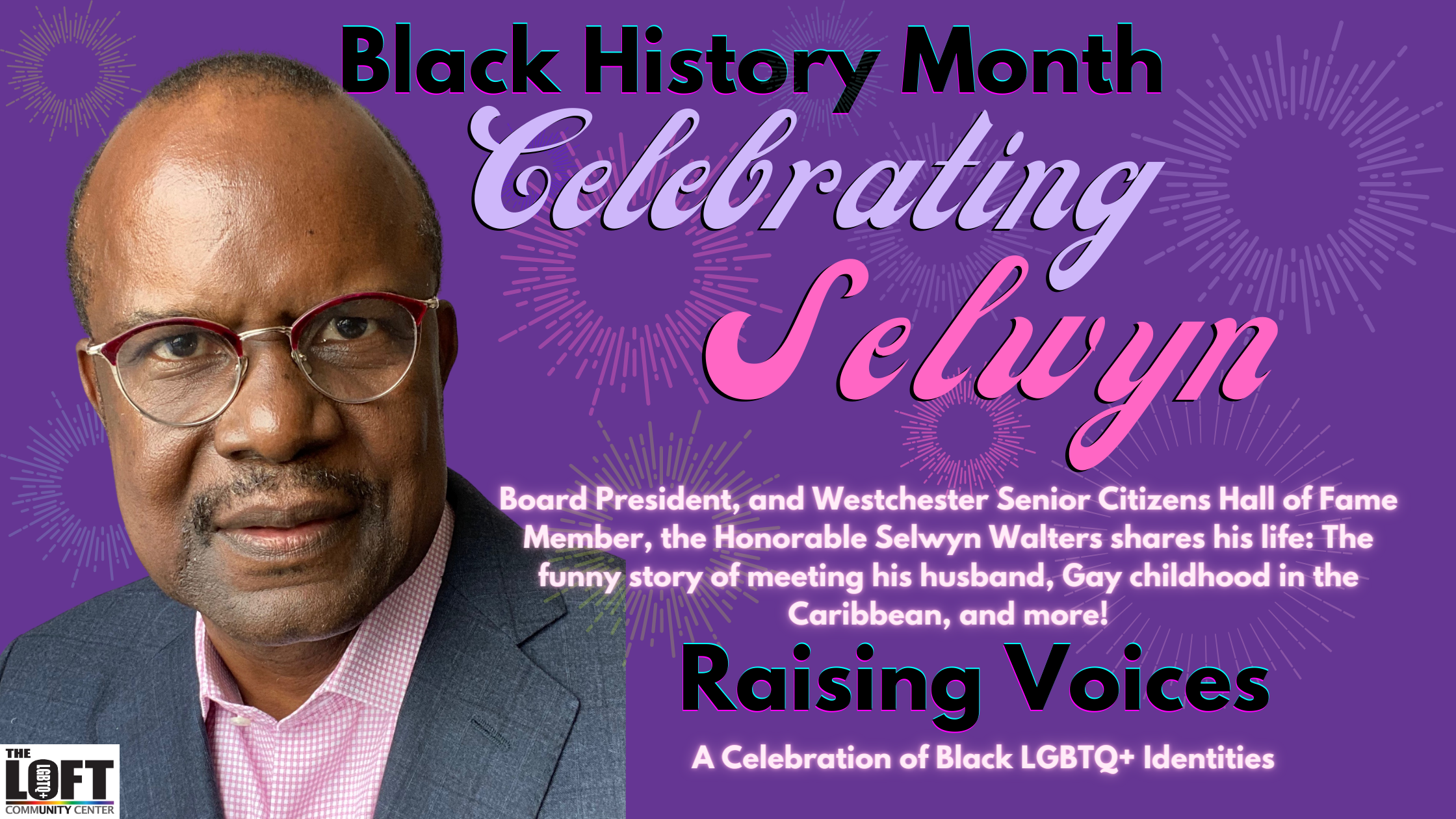 Long before Grindr, Tinder and swiping right, Selwyn Walters placed a personal ad on AOL. It was the mid-90s and Walters had just recently moved to Seattle from the Caribbean. He set the trap by provocatively boasting that he worked in one of the world’s oldest professions.

It worked. Someone responded and asked if he was a prostitute. Walters, a lawyer, wasn’t. Yet the intrigue led to a 24-year romance that culminated in their marriage in 2012, the year after New York State legalized same-sex marriage.

Last December, Walters was inducted into Westchester County’s Annual Senior Citizens Hall of Fame. He was recognized for the decade of volunteer work he’s done with The LOFT: LGBTQ+ Community Center, where he became president of the board this year. He also sits on the fair housing board of the Westchester County Human Rights Commission.

“Role models matter. Part of my involvement in The LOFT is to hold myself up as an example and hopefully even attract more people of color to the [organization,]” says Walters. He lives in White Plains, NY with his husband Gary Wright, a distinguished engineer with IBM. “Every community needs an LGBT center. Those institutions are integral to making a community whole.”

He credits the LOFT’s members and staff with providing support as well as friendship when he and his husband moved to New York in 2010.

“Once I got here, I tried to find a gay center,” says Walters. “I knew that it would provide the support and the succor and the affirmation that I would need to settle in my new home. That has been the case. Almost all of my friends, including my close friends, I met through The LOFT.”

They relocated so Walters could take a job as an U.S. administrative law judge in the Bronx for the U.S. Social Security Administration. 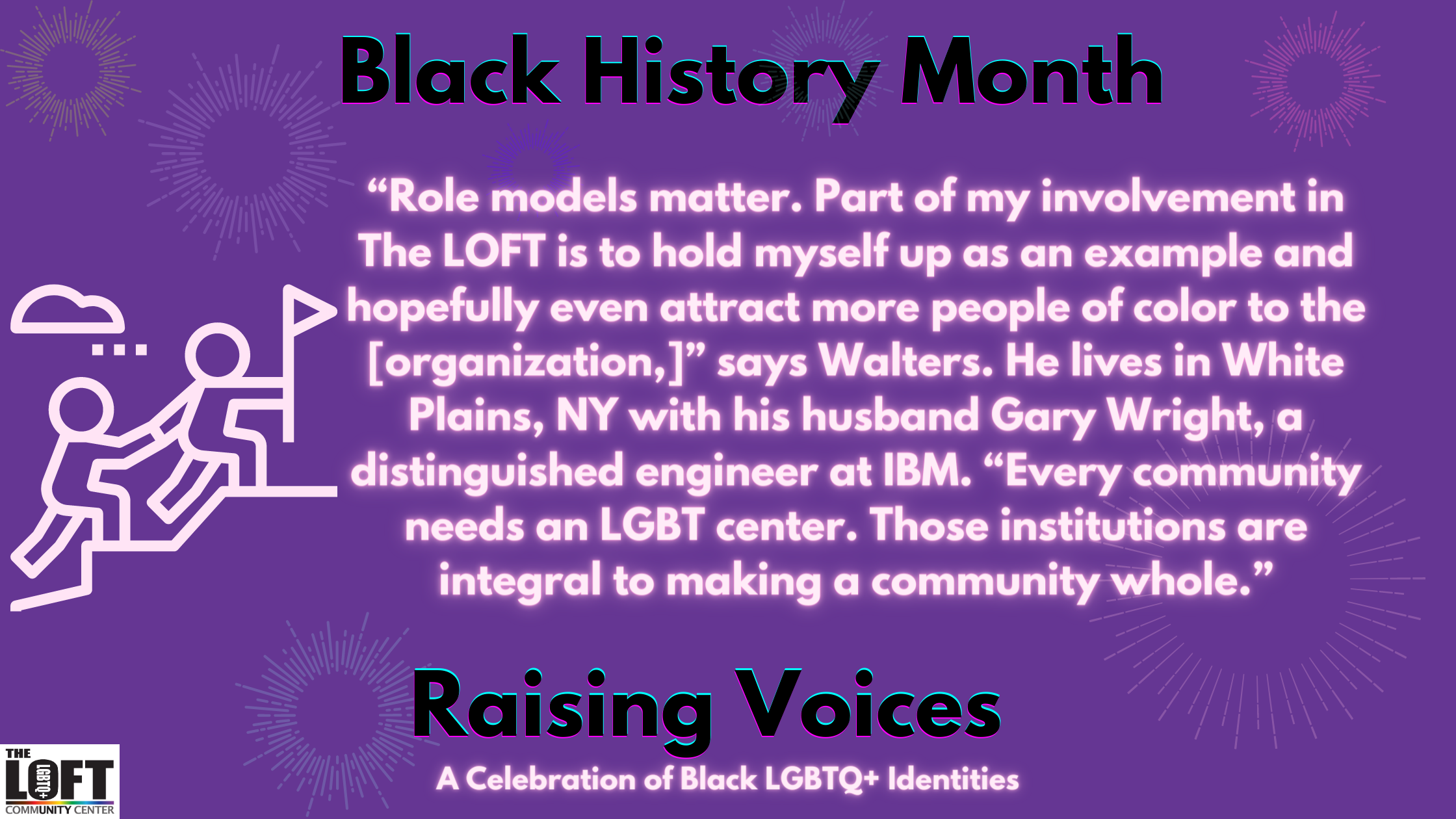 Walters fell in love with the law as a child growing up in Saint Kitts, a Caribbean island about 250 miles southeast of Puerto Rico. As a young boy, he was enchanted by the theatricality of the legal proceedings. He was also inspired by the legal system’s potential to create social change.

It also provided an escape from the taunts and jeers of his classmates, who long suspected he was gay. He would often find solace in the main library on the island, above the courthouse. Sometimes he would sneak down and watch the proceedings.

“I would be amazed by the articulation of the barristers,” said Walters. He was also dazzled by their uniforms, which were black robes with two white bands hanging down from the collars. “It changes peoples’ lives.”

Walters credits his father as his greatest influence. His father understood there were few opportunities for the family on Saint Kitts, one of two islands making up the smallest country in the Western hemisphere. When political upheaval and violence rocked his home and its sister island Nevis in the late 1960s, they moved to America. Walters was just nine years old. 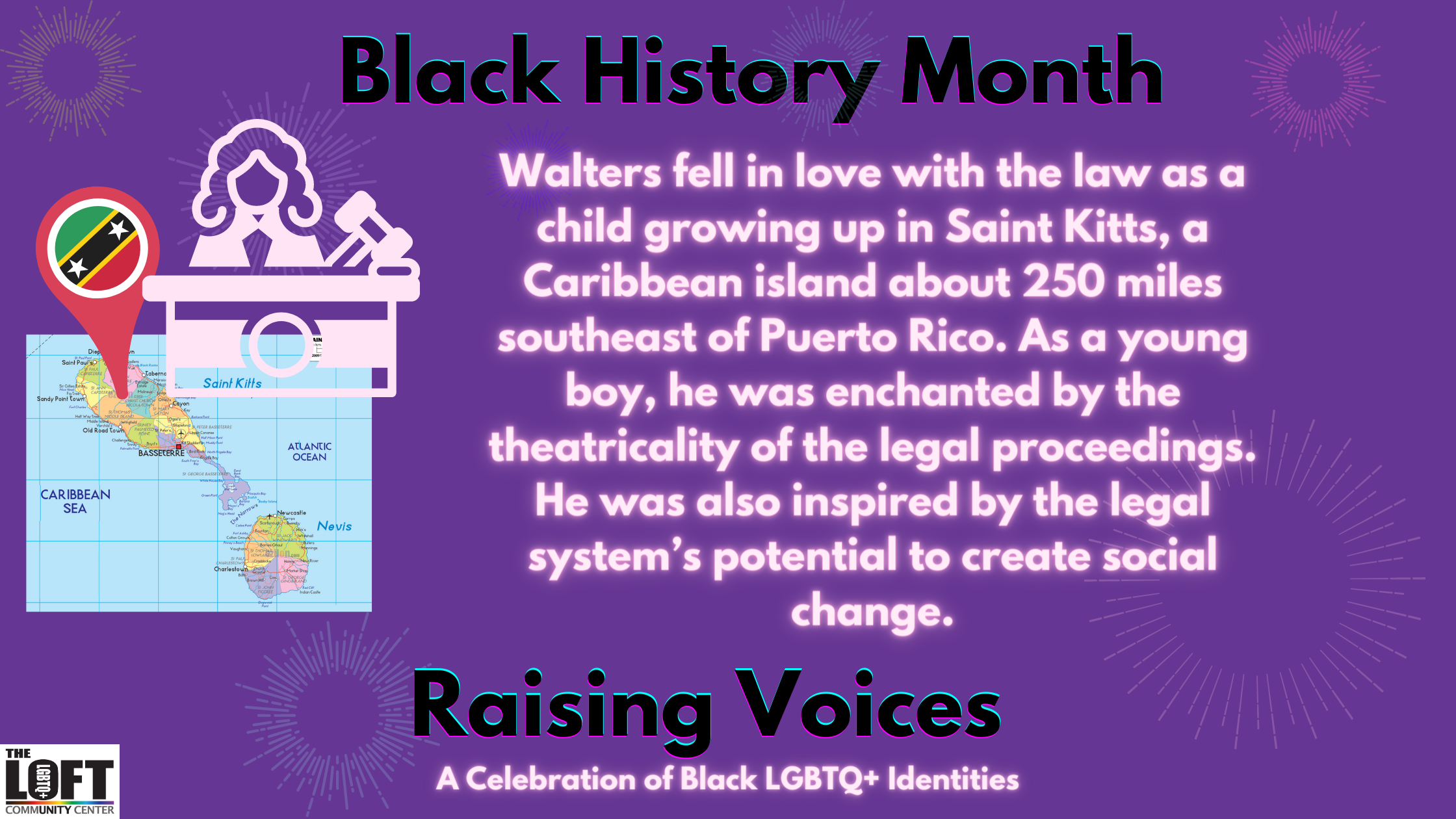 The family spent two years in Queens, before returning to Saint Kitts when the violence receded. They missed their home. But the Caribbean wasn’t an easy place for Walters to be as he grappled with his sexuality, where homophobia was rampant and gay men were stigmatized.

Walters was stressed, embarrassed and ashamed of being gay, even before he fully understood what “gay” meant.

“On a small island like Saint Kitts, there’s no escaping the ridicule,” says Walters. Kids would pick on him because they assumed he was gay. While he was spared violence, “words do hurt.”

It wasn’t until Walters moved to Seattle, when he was in his mid-30s, that he came out of the closet. Shortly after, he placed that fateful AOL ad and met his now husband.

He attributes his strength and success with his determination and the support networks he’s built. 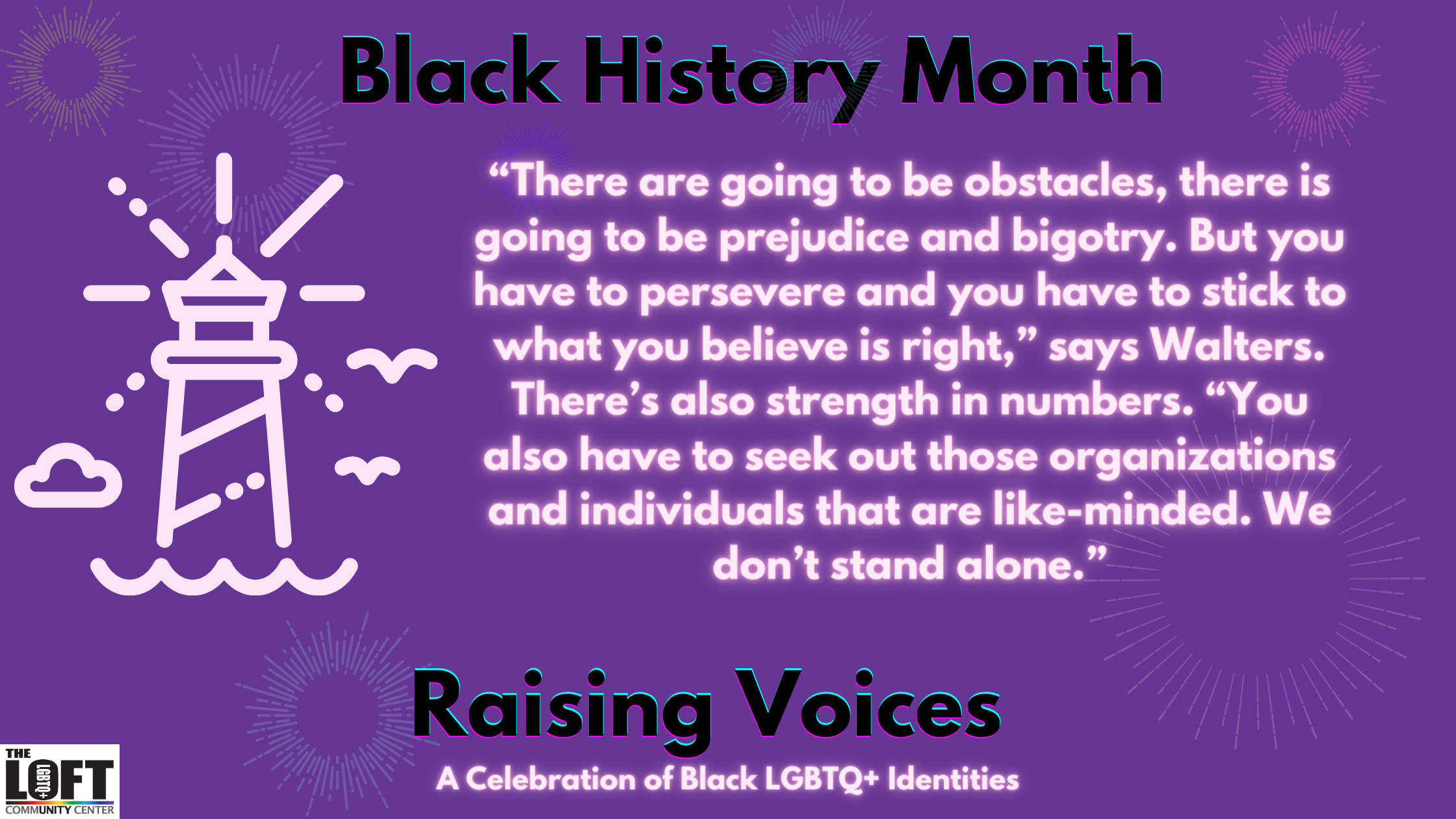 “There are going to be obstacles, there is going to be prejudice and bigotry. But you have to persevere and you have to stick to what you believe is right,” says Walters. There’s also strength in numbers. “You also have to seek out those organizations and individuals that are like-minded. We don’t stand alone.”

His friend Mayetta called him a role model, particularly for at-risk and marginalized youth.

“He is accomplished and professional, showing the next generation you do not need to hide who you are to be successful,” says his friend Robert Mayetta, a fellow LOFT board member. “He is a leader and a voice for those who cannot always speak for themselves.”

The pain wrought by the COVID-19 pandemic has made Walters grateful for all that he has: his husband, friends, family and the opportunity to prioritize what’s truly important to him. He’s also taken this time to hone his culinary skills and try baking. He had a disastrous attempt at a sourdough loaf, but his first olive oil cake was a success.

He looks forward to when it will be safe again to have his friends over for dinner.

“He is a truly kind and giving person who puts a tremendous effort into helping others,” says Mayetta. “He is one of those individuals, which seems a rarity today, who leads by example with thoughtfulness and strength.”

Clare Trapasso is a community contributor to The LOFT Blog.