Raising Voices: Including LGBTQ+ Equality Within the #BlackLivesMatter Movement 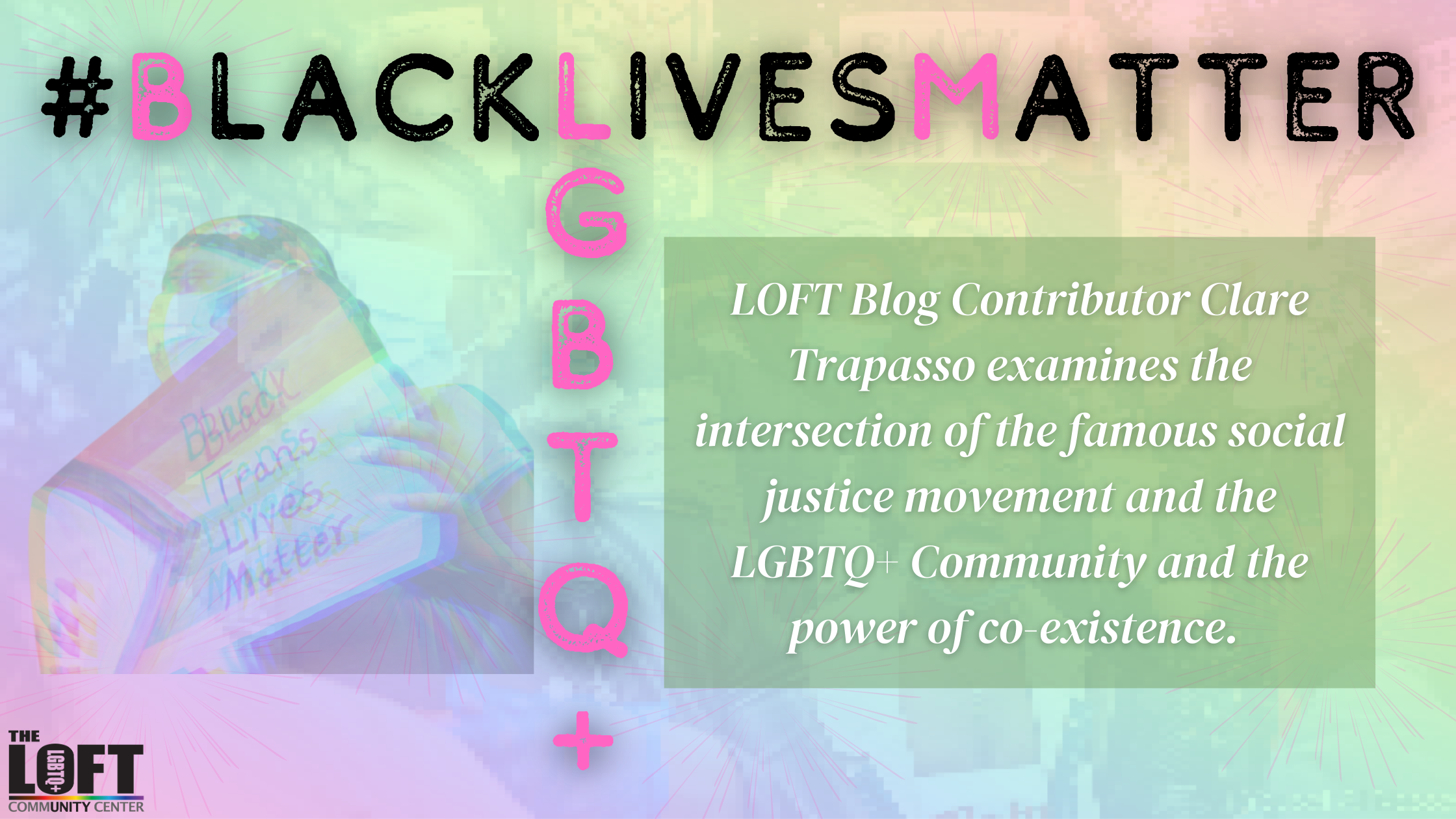 This past summer, the world erupted in social justice protests after a video of a white police
officer kneeling on the neck of George Floyd for more than eight minutes went viral. Black
Lives Matter demonstrators flooded the streets waving signs with Floyd’s tragic last words: “I can’t breathe.”

Many people don’t realize Black Lives Matter is more inclusive than movements of past
generations. It’s fighting for all Black people, even those history tends to push aside or erase,
such as Black women, queer and Trans people, disabled folks, the undocumented, those with
criminal records and more.

The inclusiveness may be rooted, in part, in BLM’s founders Alicia Garza, Patrisse
Khan-Cullers and Opal Tometi. Two of the three women identify as queer and are in
relationships with partners who identify as Transgender. 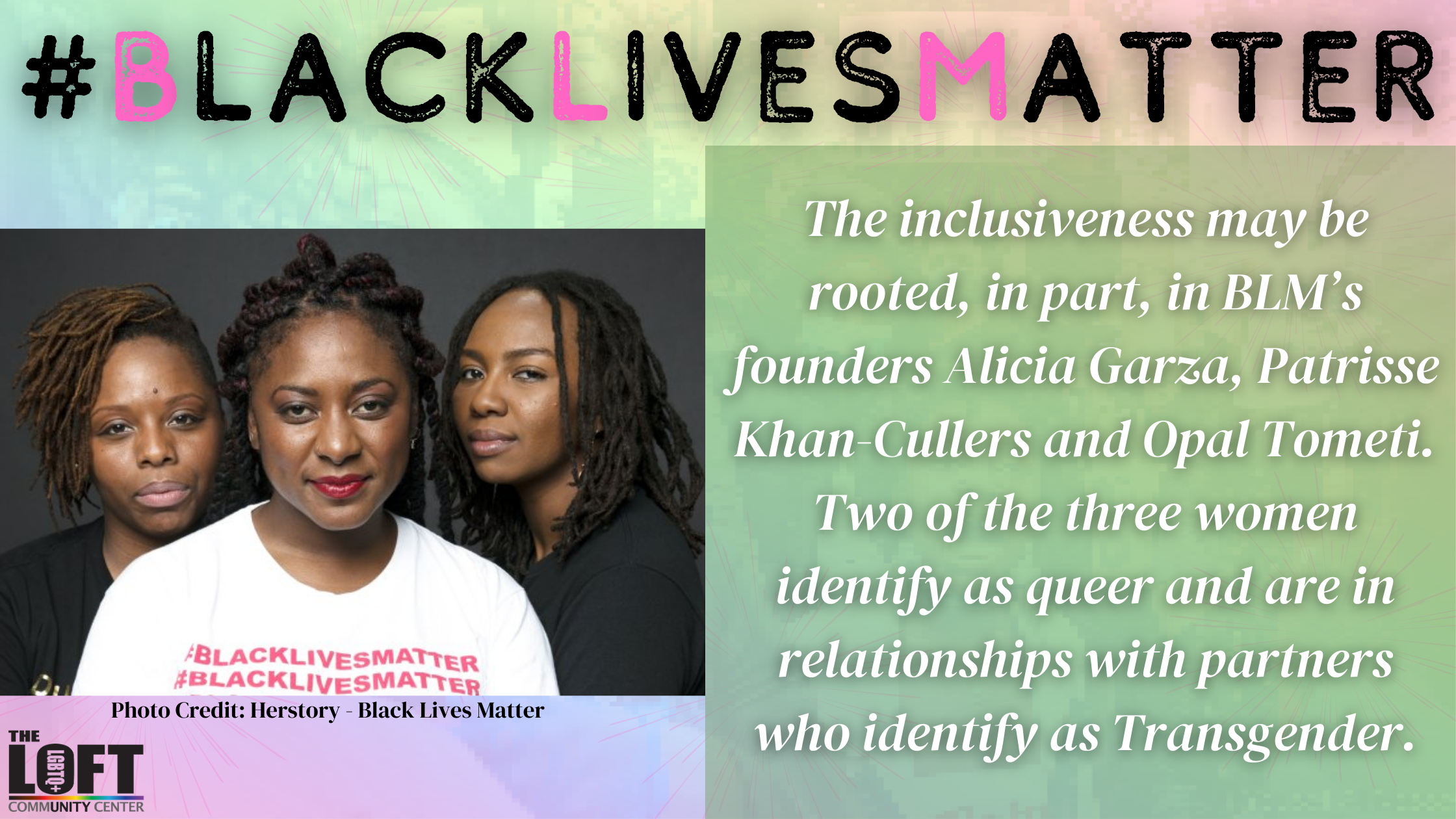 “Being Black queer women in this society (and apparently within these movements)
tends to equal invisibility and non-relevancy,” Garza wrote in a herstory of the
#BlackLivesMatter Movement. “Lift up Black lives as an opportunity to connect struggles across
race, class, gender, nationality, sexuality and disability.”

Khan-Cullers, Tometi and Garza are credited with popularizing the #BlackLivesMatter
hashtag in 2013 in response to George Zimmerman being acquitted in the murder of 17-year-
old Trayvon Martin in Florida. (Marcus Anthony Hunter, a sociology professor at the
University of California, Los Angeles, is believed to have coined the hashtag in 2012.) 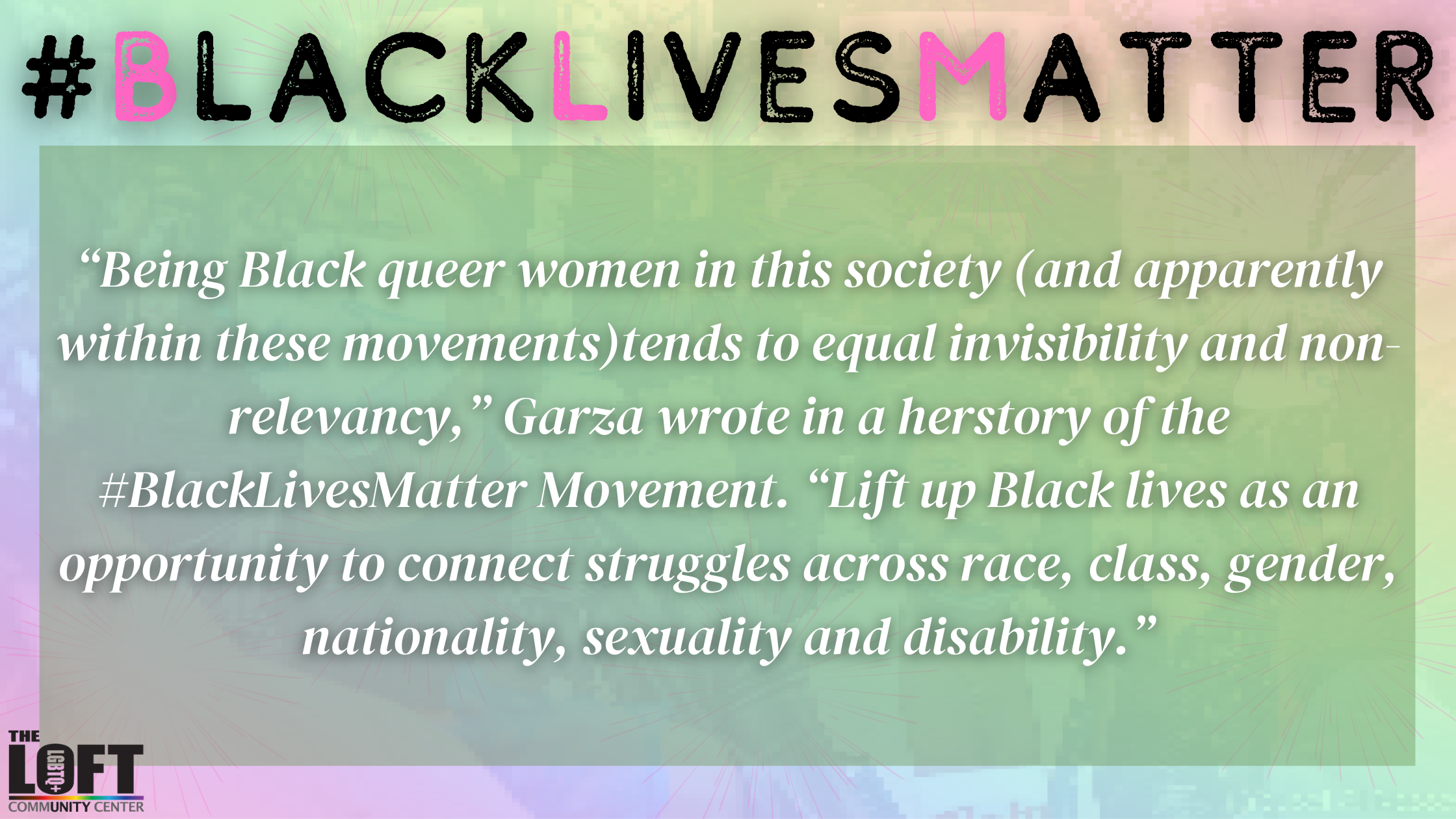 Members of the LGBTQ+ community have always been involved in social justice
struggles. However, they’ve often been invisible or left out of the history books, possibly
because the language and awareness of intersectionality simply didn’t exist at the time.
The gay civil rights activist Bayard Rustin is considered to have been the architect of the
March on Washington in 1963 as well as other demonstrations.

“There’s a long tradition of civil rights and justice movements that have been overly
identified with straight men,” says Bailey. “But in actuality, those who have been the workers, the organizers behind the scenes have been gay, trans, non-gender-conforming people of color.”

Similarly, people of color were some of the early leaders of the LGBTQ+ movement.
Marsha P. Johnson, a Black, Transgender woman involved in the Stonewall Riots in
1969, and her friend Sylvia Rivera, a Hispanic, Transgender woman, were prominent crusaders
for gay rights during that time. (Those interested can watch the documentary on Johnson’s life on
Netflix.)

“When we talk about the Stonewall Riots, which is considered to be the beginning of the
contemporary LGBT civil rights movement, we tend to associate them with white gay men,”
says Bailey. “But that movement was largely led by trans and non-gender-conforming people of
color.”

He and others are encouraged by today’s social justice activists learning the oppression
behind and the histories of different social movements and then embracing their intersectionality. 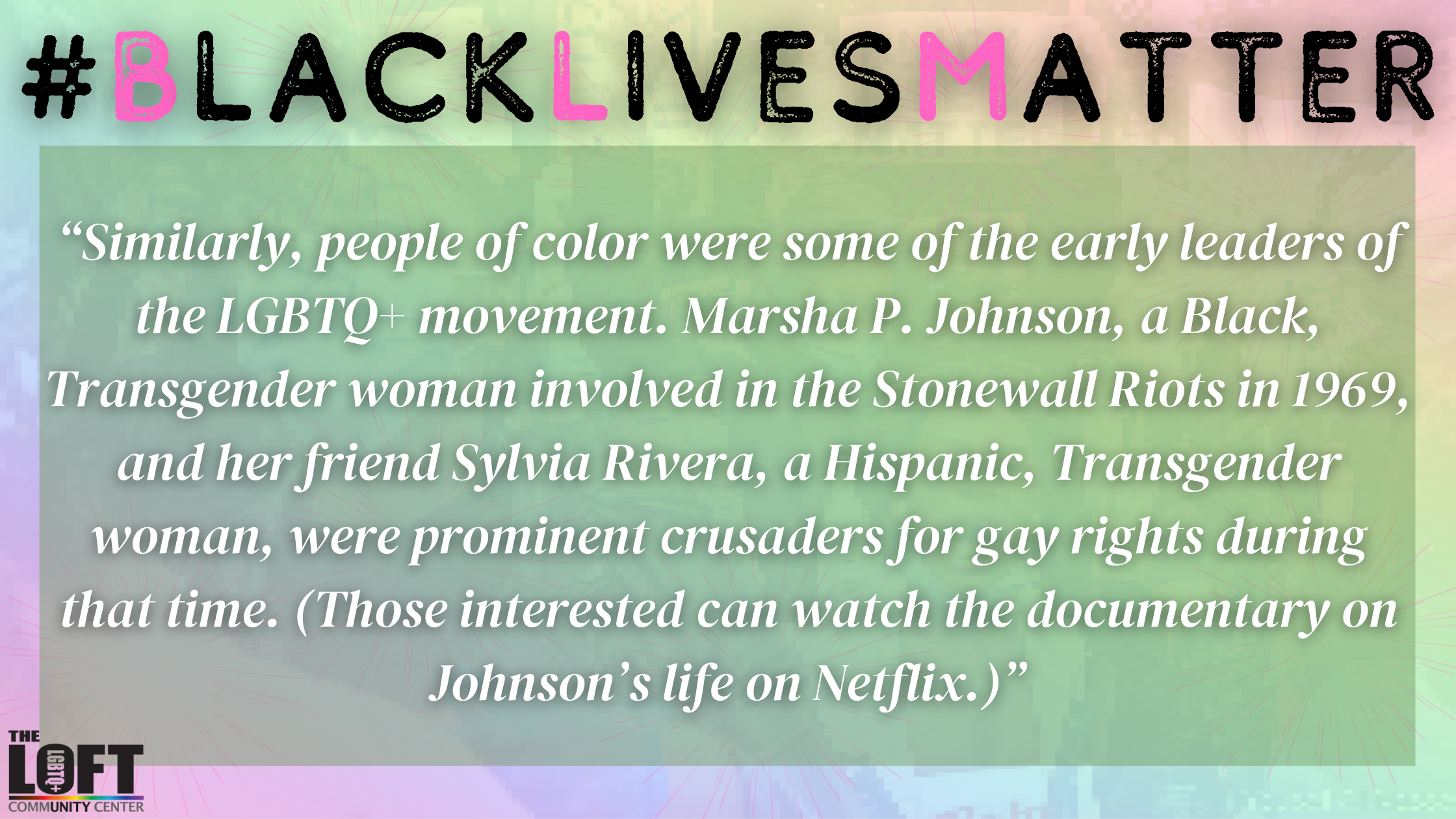 “This current moment in the movement for civil rights and racial equity is a direct
continuance of the Civil Rights movement of the 1960s,” says David Johns, executive director
of the National Black Justice Coalition. The Washington, DC-based non-profit organization
focuses on the intersection of racial and LGBTQ+ equality. “What we are experiencing now is a
natural progression of black folx doing work to ensure all of us can get free.”

Many activists are cautiously optimistic by the election of President Joe Biden and the
new commander-in-chief’s flurry of executive orders intended to combat racial discrimination
and homophobia. But no one believes change will happen overnight.

“It does remain to be seen what the role and the effect of Black Lives Matter in American
politics [will be,]” says Mecca Jamilah Sullivan, an author and English professor at Bryn Mawr
College in Pennsylvania. “It’s something we still need to work toward and rally around.”

Clare Trapasso is a community contributor to The LOFT Blog.