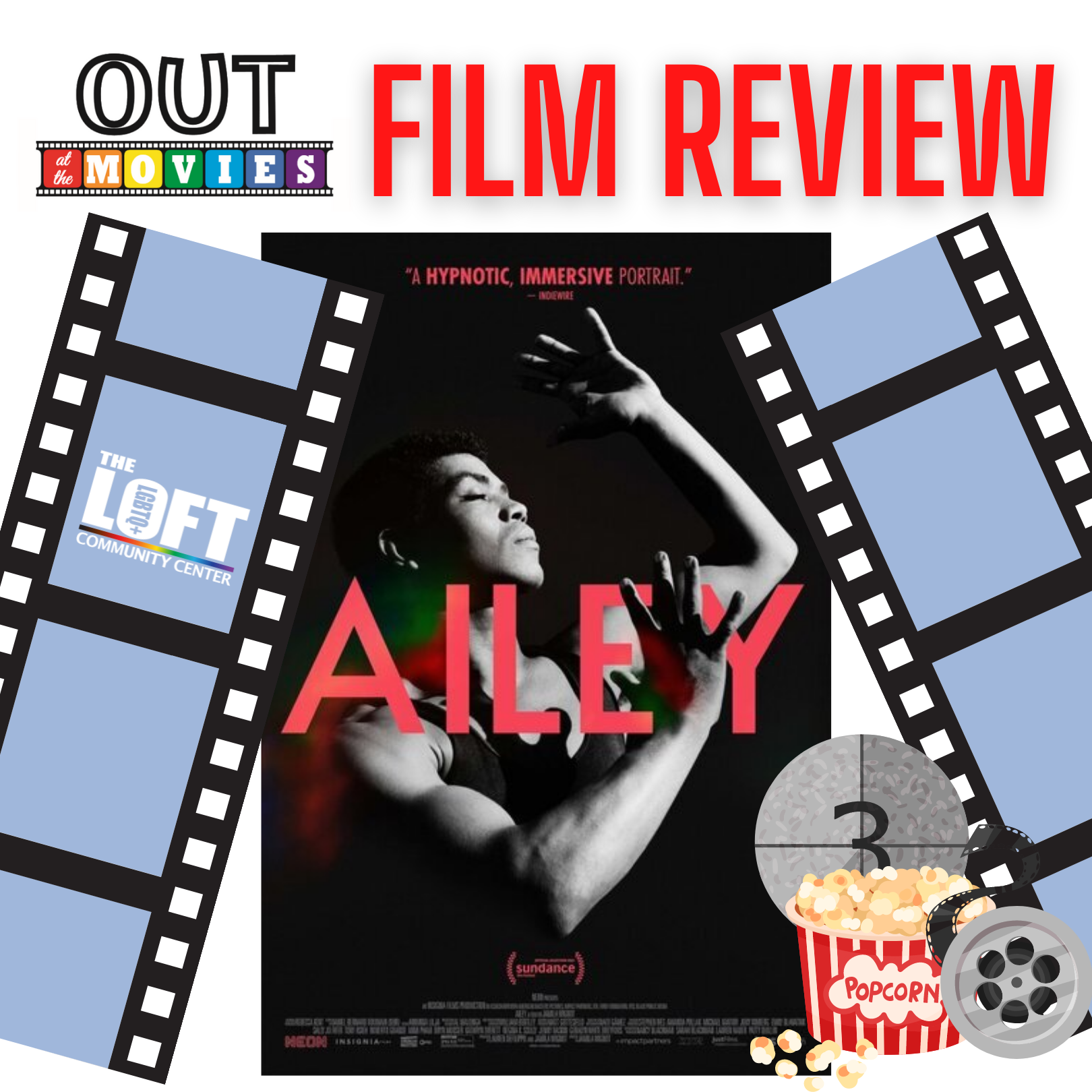 Review by Geoff Peckman, Out At The Movies

The documentary film “Ailey” tells the story of dancer and choreographer Alvin Ailey, from his early days to his final ones. Through archival footage we are shown this man’s prolific career.

We get to see performances of Ailey and his dance company, often in half century-old black and white, practicing and performing modern dance movements of the times.

The story is told chronologically, interspersed with scenes of the current Alvin Ailey American Dance Theatre troupe and interviews of Ailey’s peers. The performances, both old and new, reflect Ailey’s experiences growing up in the south, as well as expressing his feelings of being black during the 1950s and 60s.

Ailey’s personal life outside of dance is touched upon, but dance is clearly the main focus of the film. While we do find out that Ailey was gay, the movie doesn’t offer much more than a glimpse into that part of his life.

Sad in some ways, moving in others, this documentary opens the curtain on a man who made expressive movement, physical storytelling, and a strong black presence an engaging part of American dance.

The dancing throughout tells Ailey’s unique story, and was truly a vision to watch. Seeing the performers in the past and present creates a delightful juxtaposition in the film. In my opinion, Ailey was a prodigy, directing and choreographing for one of the earliest black dance companies at age 22 and starting his own at 27. I do wish the movie went into his personal life a bit more, but the movie does show that he kept a lot to himself so perhaps not that much is known. While it starts off slowly, this film puts a bright spotlight on an LGBTQ+ artist and his amazing contribution to the world of dance.