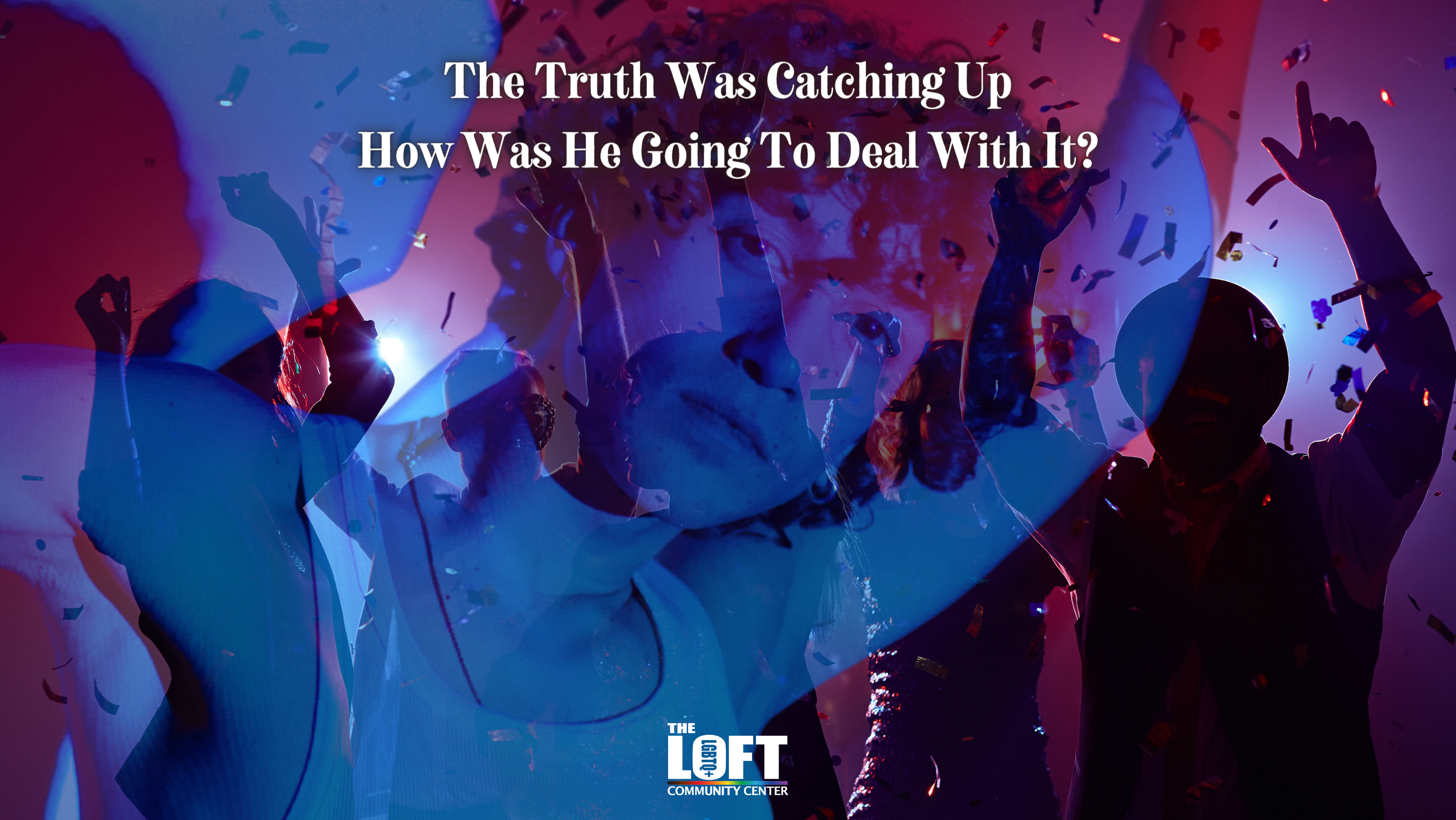 Daniel was the life of the party in New York City. He was a bar back and aspiring DJ at a popular gay nightclub and loved every minute of his work: All the dancing, the boys, the partying! All of that came to a screeching halt with COVID. The nightclub shut down and with no savings or income, he called his parents in Westchester and asked if he could move back in with them.

This was far from ideal, his parents still lived in the old ways of the old country. They were religious and conservative. Daniel had moved out to the city two years ago after turning 21 and never looked back. In New York City he was out, loud and proud. He never told his parents he was gay.

They believed horrible things about The LGBTQ+ and would shout epithets when an LGBTQ+ celebrity would appear on TV. In Spanish, they would tell him to be careful because these people were all child molesters and perverts.


It destroyed Daniel when he heard it, but he never let it show.

This time back in his parent’s house as an adult, everything was different. He quickly realized he couldn’t wear half of the clothes that he wore in the city. His mother insisted on doing his laundry and many of his clothes wouldn’t be “masculine” looking for them. It would beg questions.

He could no longer paint his nails and no way would he be able to wear any make-up. He had to be careful about watching certain shows and listening to music too. There was no way he could bring anyone to his house for fear of what would happen.

He eventually found an hourly job but he would have to save up to move out. He would be with his parents for a minimum of three months.

Making matters worse, Daniel received a DM from one of the social apps he uses with hook-ups.

Someone he had been with had recently tested positive for HIV. Daniel never practiced safe sex with this person. The walls felt like they were closing in on him when he read the message.

He tried his best to block out the news and convince himself everything was fine. To relieve his stress and anxiety, he began secretly meeting strangers, engaging in risky sexual behavior that escalated in dangerous ways, and involved using drugs and alcohol.

He needed it. The stress of potentially being positive, living with his parents with nowhere to turn made him feel trapped, desperate, and lonely. This was the only option he felt available to him.

One night in his bedroom while scrolling through Instagram he came across The LOFT. Their post offered free, confidential STI and HIV testing. He mustered up the courage and made an appointment. While visiting The LOFT in person for the test, he saw their brochure.  It had a list of all the support groups available which were all free.

Daniel received the news, he tested negative for the broad spectrum of STIs but positive for HIV. The tester provided him with information to access immediate medical care and explained that HIV is a manageable condition so long as people take the medication.

Daniel began to cry. He had no idea what he was going to do. The caseworker shared with him information about The LOFT’s One Voice HIV Support Group for people living with HIV. There was a meeting the following Sunday.

That day Daniel locked his bedroom door and met with the group online. He was pleasantly surprised by how welcoming everyone was. He was able to speak openly about his worries. All of his questions were answered by others who had experienced what he was going through.

The LOFT was also able to help Daniel find LGBTQ+ affirming medical care and a therapist. He needed to come out to his parents about being gay and positive. No more secrets.

He looked at that brochure again and realized there were other groups he wanted to check out including the Men’s Peer Support Group, 20-Somethings Peer Support Group, The Mental Health Group, the Spirituality Group, and several recovery groups. Daniel attended all these groups and found friendship, a sponsor, answers, and even a roommate!

He also attended ¡Westchester, Tu Ambiente! A peer support group for LGBTQ+ Latinx people. He was relieved to discover that there were others who also had similar circumstances in dealing with conservative Latin American parents.

In all of these groups, he was able to share his problems and hopes. In return, he finally found what he had been craving for his whole life: a genuine connection with a community of men that went beyond hard partying and sex.

Daniel came out to his parents as both gay and HIV positive. As he predicted, they didn't take the news well. But, he also knew that for the first time in his life he would be OK. Eventually, they would come around. For now, what mattered more was that he was owning his truth and doing it with a community that accepted him for who he was.

*Daniel is a fictional character created using a compilation of several real stories.

Help us continue the work of developing programs and services that can help so many people who are in need.