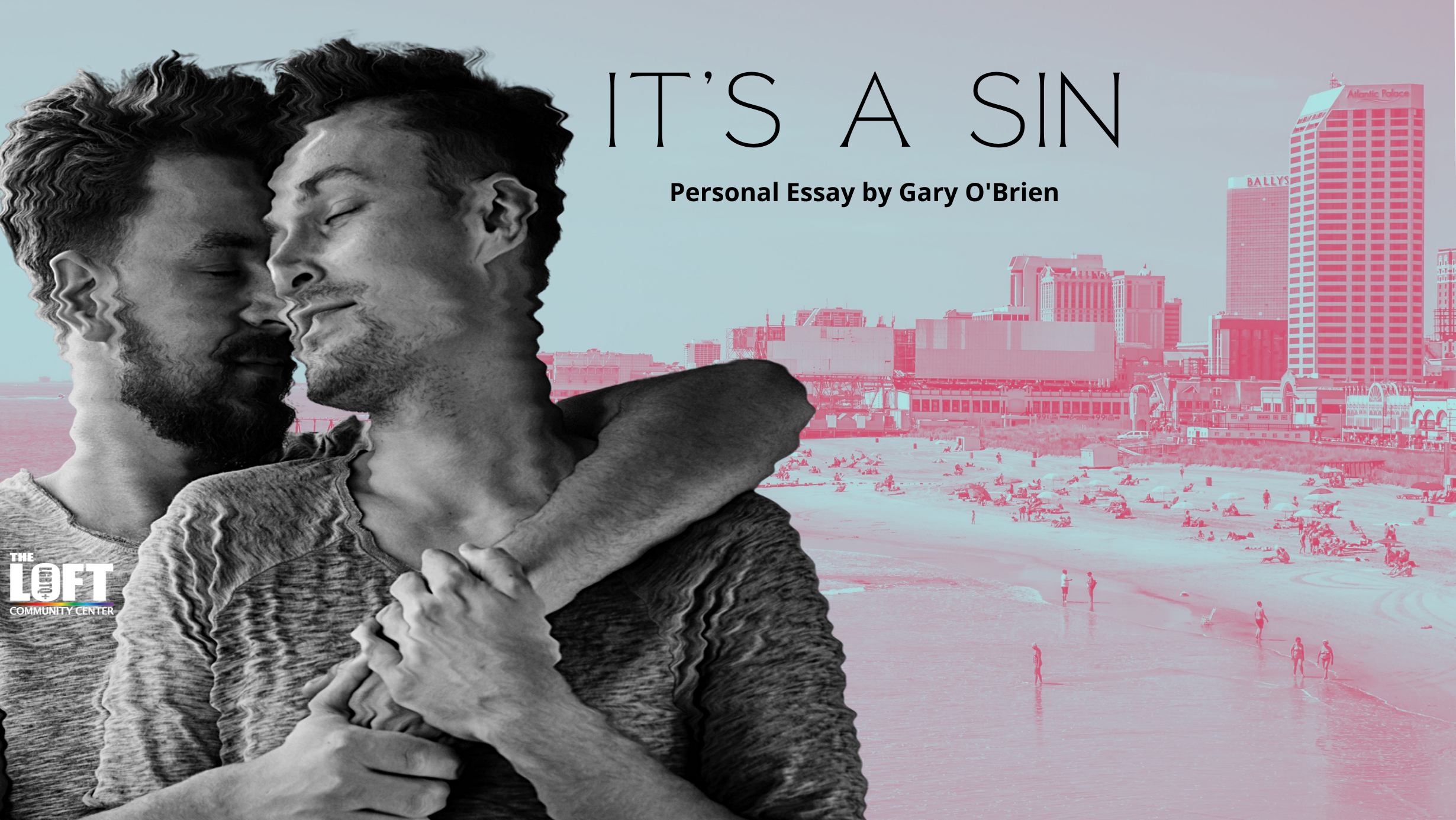 I just finished watching the first season of HBO’s It’s A Sin. It was powerful, emotional, and real. I know – I lived that tragic, awful era. It got me thinking about all the amazing people we lost to AIDS (and continue to lose). More particularly, it got me thinking, did I commit a sin?

I have been telling myself the same story about JR (not his real name) for the past thirty years. It is a painful, sad story, but when I tell it, I always make it sound as though I did the right thing. It’s A Sin has made me realize I was a terrible person and I feel horrible about that. Especially since there is no way to make up for my abhorrent behavior now.

I met JR at a nightclub one random evening. He was leaning up against a column near the dance floor taking in the lovely sights of the boys dancing to Pet Shop Boys and Erasure. I was immediately taken in by his deep, soulful brown eyes, high cheekbones, and flawless skin. He was not particularly tall at 5’5”, but he was toned and fit. As I walked by to meet my friends on the dance floor, he gave me a long, purposeful gaze that made it clear he was interested. I turned around and introduced myself. As the expression goes, the rest is history. It is that history that makes me ashamed now.

We spoke the rest of the night and we exchanged phone numbers (no cellphones or email addresses at that time). He told me he was not working and was generally available. We planned to go out the next weekend. We had such a great time we started hanging out three or four times per week. After a few months, we made plans for a long weekend in Atlantic City – a place he always wanted to visit. We had an amazing weekend. We laughed, loved, gambled, drank, ate, and just thoroughly enjoyed each other’s company. We fell in love and it was magical.

JR was honest with me from the first night we met. He was HIV positive and there were no effective treatments. Death was only a matter of time. I was young and infatuated so I did not care. I was a hopeless romantic and an eternal optimist. I vacillated between denial, hope for a cure, and a projected, youthful sense of immortality that generally comes with an underdeveloped frontal lobe.

We spent our time together enjoying good restaurants, piano bars, traveling, and visiting his parents. Our relationship was good, but every time I wanted to discuss the future, JR would not engage in the dialogue. He had come to accept what he believed was inevitable. I, as he knew better than me, was living a fairy tale.

After about nine happy months, JR’s T-4 cell count was dangerously low. He now had full-blown AIDS. He was scared; I was still the eternal optimist and in a bit of denial. One Saturday evening we went to his parent’s house for dinner. His mother, father, and the two of us were sitting around the dinner table having a nice evening, but JR had a long face on the whole time. He excused himself and went into the kitchen. After about 10 minutes, his mother got up to go talk to him. When she got to the kitchen, she let out a blood-curdling scream that still makes the hair on the back of my neck stand up.

I ran into the kitchen to see JR laying on the floor bleeding profusely from slit wrists. His mother was in a bit of a panic and did not know what to do. I have always been one to take charge and remain cool under pressure, so I just started firing off orders. Call 911! Get me some towels! Hurry! His mother started screaming at me “No, you can’t touch him! You can’t get his blood on you!” His mother knew I had severe atopic dermatitis and had open skin sores all over me. These are entry points for HIV. I did not care. I was not going to stand there and watch the man I love bleed out on the kitchen floor. I bandaged his wrists, elevated his arms, keep pressure on the wounds, and tried to get JR conscious while waiting for the ambulance.

Thank God, JR survived. I went to visit him in the hospital the next day and he was weak, remorseful, and worried about me. I was scared to death for him. In some foolish and naïve attempt to address the mental health issues associated with this suicide attempt, I made JR promise me he would never do that again. As if it were that easy – just make someone promise not to kill themself and they will not. Yeah right – so stupid of me.

In the weeks that followed, JR withdrew, became very depressed, and drank all the time. His behavior became increasingly reckless and self-destructive. It was impossible for me to reason with him, to protect him, or to control him. I told him I could not watch him destroy himself and essentially commit suicide by alternative means. That was the second to last time I saw JR.

Two months after that, I was sound asleep on a Thursday night when I was jolted awake in a manner that had never happened to me before or since. As I shot up in bed, I looked at the clock at it said 2:00 a.m. I looked across the room and there was JR standing at the foot of my bed, looking as handsome as he ever had, wearing his favorite shirt that I bought him in Atlantic City, and waving goodbye to me with a great big smile on his face. After a minute or two he faded away and I laid down in bed and tried to sleep a bit more. As I laid there, I kept thinking that was the most vivid dream I have ever had.

I got up and went to work that Friday morning. At 8:00 a.m. I got a call from his mother who, through her tears, told me that JR passed away at 2:00 a.m. Through her grief, she apologized for calling so early in the morning but wanted me to know because JR’s last words to her were that he wished I were there.

What a horrible sin I have committed. In my insular, immature, selfish, stupidity I left JR alone in his last months because I could not watch him self-destruct. What a horrible thing to do. He loved me. He trusted me. He needed me. And I left him to die alone. It was not until I watched HBO’s It’s A Sin did it occur to me how selfish I had been all those years ago. That period of my life was so difficult and painful that I have blocked it out. JR, I am so very, deeply, truly sorry. I hope you are resting in peace.

Gary O’Brien is a lawyer and real estate executive, but only after he a husband and friend. He is a member of The LOFT LGBTQ+ Community Center and this is his first essay published in OUTSpoken. He can be reached, here