Why We Honor TDOR 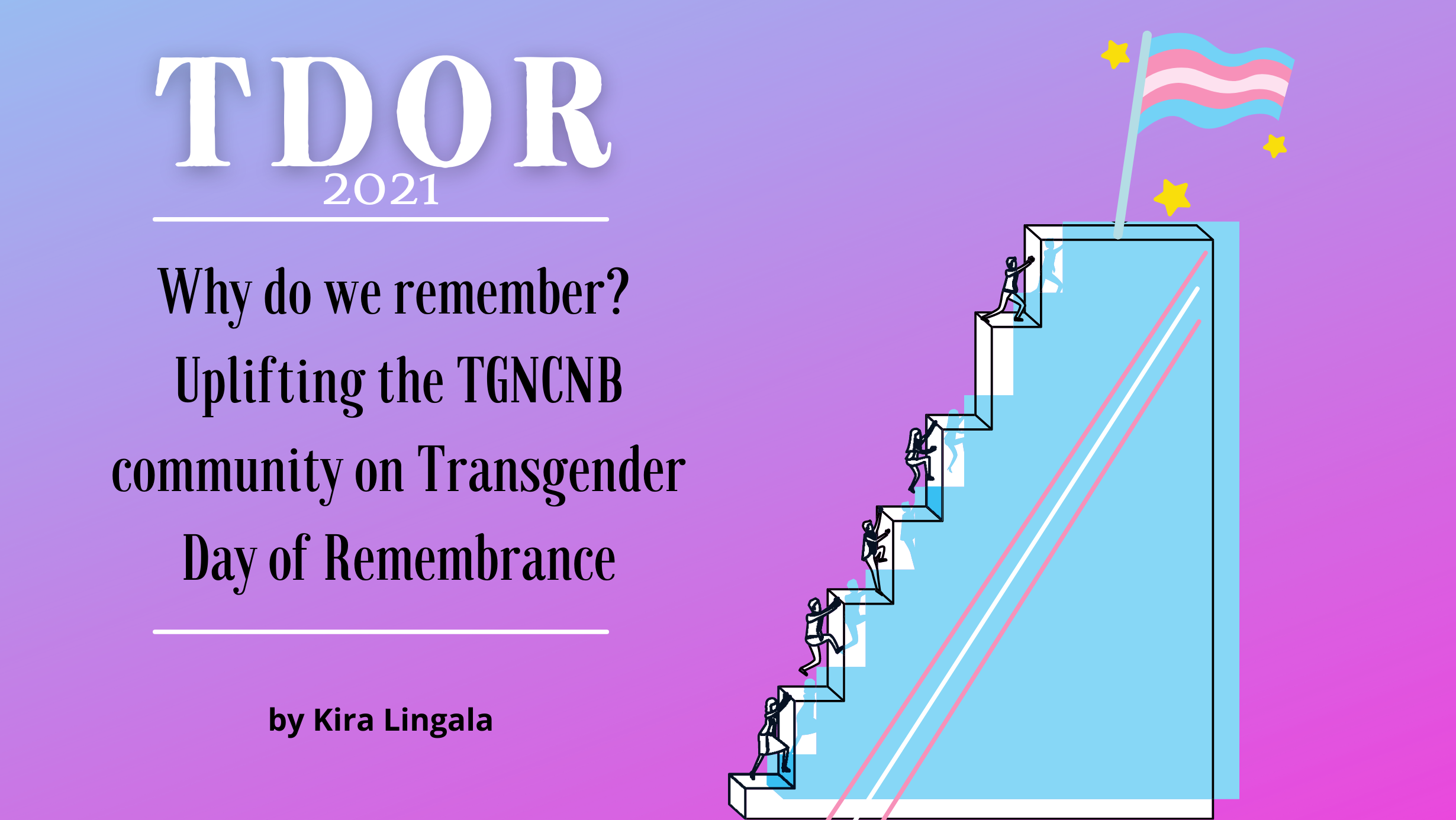 How do we respond in the face of overwhelming violence? 2021 has been the deadliest year on record for the transgender, gender non-conforming, and non-binary communities, a trend that has continued unabated for the better part of the last decade. While transgender women of color are the most impacted, the whole community is at risk in the current political moment.

As state legislatures in the United States and public figures around the world continue to normalize anti-trans bigotry, we have seen the increased visibility of the trans community curdle into a violent vulnerability.

On the eve of this year’s Transgender Day of Remembrance, it is time for the entire LGBTQ+ community to think about how we can protect our own and find a way to heal.

Looking to the roots of TDOR can help us to chart a path forward. When Rita Hester, a Black transgender woman, was murdered in 1998, the authorities paid little attention and newspapers misgendered and insulted her in their coverage. But Boston’s transgender community and their allies were not silent—they fought back.

After a vigil attended by 200 community members, activist groups like The Lesbian Avengers and Queer Revolt staged protests of the Boston Herald and Bay Windows newspapers to demand fair coverage and more attention paid to trans issues. A year later, in 1999, writer Gwendolyn Ann Smith helped to organize the first Transgender Day of Remembrance in San Francisco’s Castro District.

Rita Hester was not the first transgender person to be murdered, but as a well-known and beloved member of the community, her spirit inspired others to take action. The response was not only to honor her passing, but also to fight for the safety and respect of those still here.

Activists from all parts of the community worked together to put pressure on institutions and draw attention to the needs of trans folx. It is important to note that one of the newspapers that misgendered Hester after her death, the Bay Windows, was an LGBTQ+ publication. Even within our community, we must hold others accountable and prevent internal bigotry from dividing us further. With our lives at stake, solidarity is vital.

Still, the question remains, how can we carry forward the spirit of those we’ve lost? The ways to help are numerous—you can pressure your state legislators to protect trans rights, hang a trans pride flag outside of your business or home, and donate to organizations fighting for our community.

You can also get involved in your local LGBTQ+ centers, like The LOFT, and seek out trans communities online that are helping to build networks of mutual support. You can make sure to use pronouns correctly and educate others about transgender issues.

Taking these steps as an ally can help to alleviate the pressure on trans folx, who are often forced to do the work of activism and advocacy while dealing with the daily challenges of life as a trans person.

Transgender Day of Remembrance is another integral part of supporting and uplifting the transgender community. Amidst the political fights and everyday struggles, we are often left with little time to mourn and remember.

TDOR offers the community a space to heal and grieve, but it is also an opportunity for allies and those outside of the community to learn and educate each other. The visibility of transgender people is higher than ever, but the reality of anti-trans violence is still rarely acknowledged in the mainstream. This year for TDOR, let’s share the stories of those we’ve lost, uplift those still here, and bring our community together.

To learn more about TDOR and all of the TGNCNB programs and resources click on the banner below: