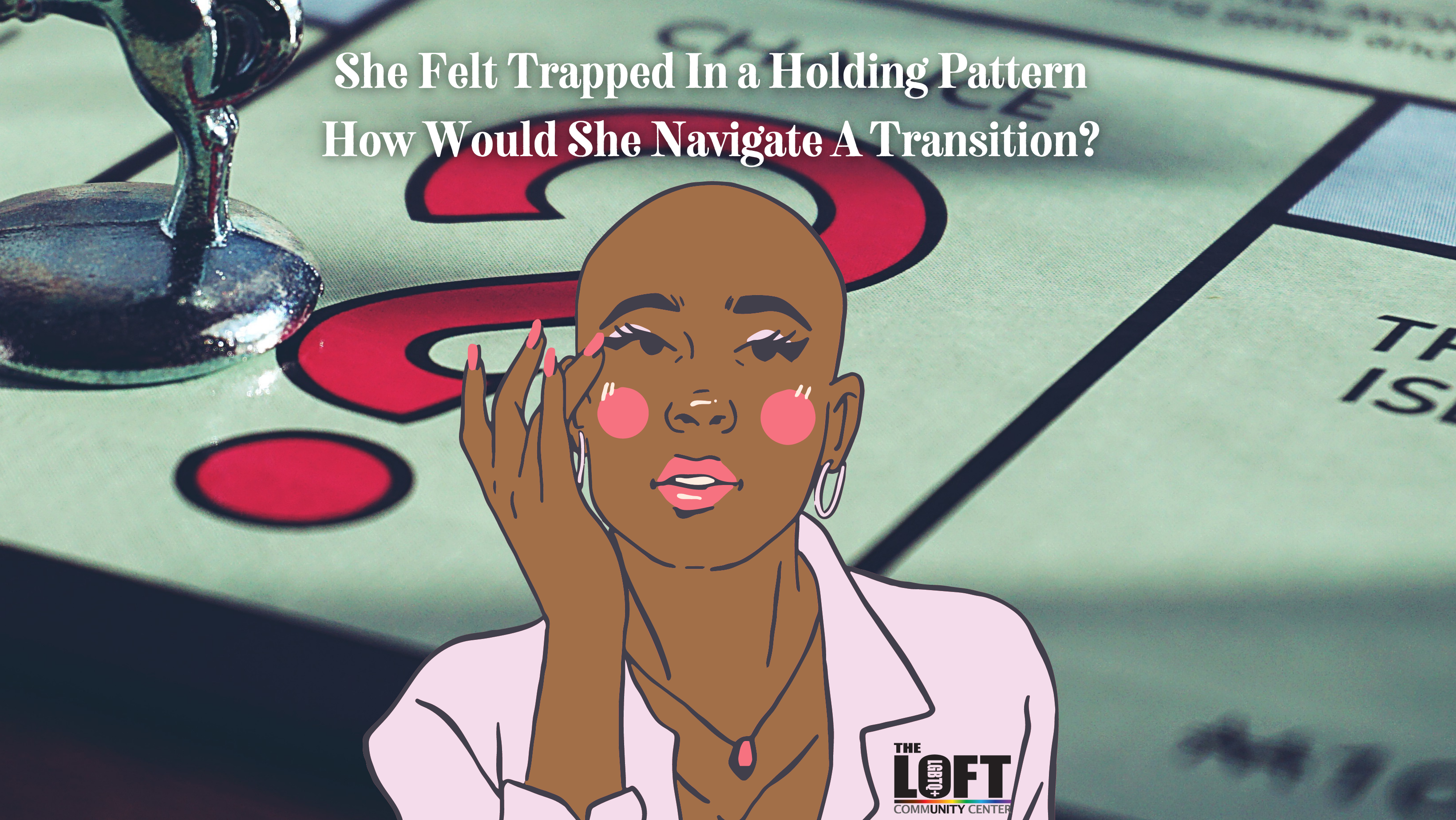 Rivana always thought because she was blessed with a loving and supportive mother and younger brother that everything would work itself out with being trans. She had no idea.

She came out to her family as a trans woman when she was 12 years old. Her mother had largely been the one to organize the doctor visits, to arrange the hormone blockers, but Rivana was 18 now and in college and her mother made it clear that as an adult, transitioning would be Rivana’s responsibility.

Rivana was at University in Westchester and when COVID shut everything down she decided to stay and not move back upstate with her family. Westchester was more welcoming and she had a non-binary roommate that she liked. Her mother supported that but told her she would need to find work at some point to make ends meet.

Rivana could feel the pressure set in: find a doctor, find a therapist, find a job, get her name legally changed, and begin to research surgeries. That list alone sent Rivana into a tailspin of anxiety. How on earth was she going to do all this,

and go to school online while COVID had shut everything down?

She had managed to find part-time work, virtually, through her University which allowed her to focus on her transition goals. It wasn’t smooth sailing though. The work e-mail they issued Rivana used her dead name and many people on e-mail correspondence would use the dead name in addressing Rivana. She had to spend nearly two weeks getting it corrected and even then a few people still dead named her. It was a huge blow to her self-esteem. She desperately needed to get her name legally changed as soon as possible, but she had no clue where to even begin.

Her mother sent her a list of physicians and therapists that were in-network on her mother’s insurance. The very first doctor’s office she called turned into a nightmare. Rivana calmly explained the type of gender-affirming healthcare she was looking for and asked if the physician would be able to help her, if not, could they refer her to someone who could. The receptionist began to giggle and then put her on hold. After making Rivana wait for 15 minutes she got back on the phone and in a rude tone misgendered her and then brusquely explained that they didn’t “do that kind of thing here,” and they don’t know who does. The receptionist then abruptly hung up on Rivana.

Rivana began to cry. She felt violated and dared not call another number fearing she would be treated the same way. She needed hormone therapy and she needed to find help, immediately. She felt trapped in a holding pattern and it was beginning to take its toll on her mental health. That’s when her roommate told her about The LOFT.

The LOFT had been at the campus open house, they had a table with a ton of brochures and literature and could probably help her. She got online and discovered their PROUDWST (“proudest”) Me program for TGNCNB folx. Rivana could feel the weight and anxiety lift. She e-mailed them and spoke to a Case Manager and Peer Navigator who were able to help her with so much!

She was referred to an attorney who could assist with her name and gender change pro bono. She was able to find both a doctor and a therapist that also worked with her mother’s insurance and who were both trans-affirming.

Rivana also discovered the Young Adult Trans Peer Support Group and the LGBTQ+ People of Color Peer Support Group. She was able to connect with many in the area and finally felt like things were beginning to turn positive for her. Her new virtual family became her chosen family and they helped her navigate the myriad of obstacles that came with transitioning.

*Rivana is a fictional character created using a compilation of several real stories.

Help us continue the work of developing programs and services that can help so many people who are in need.