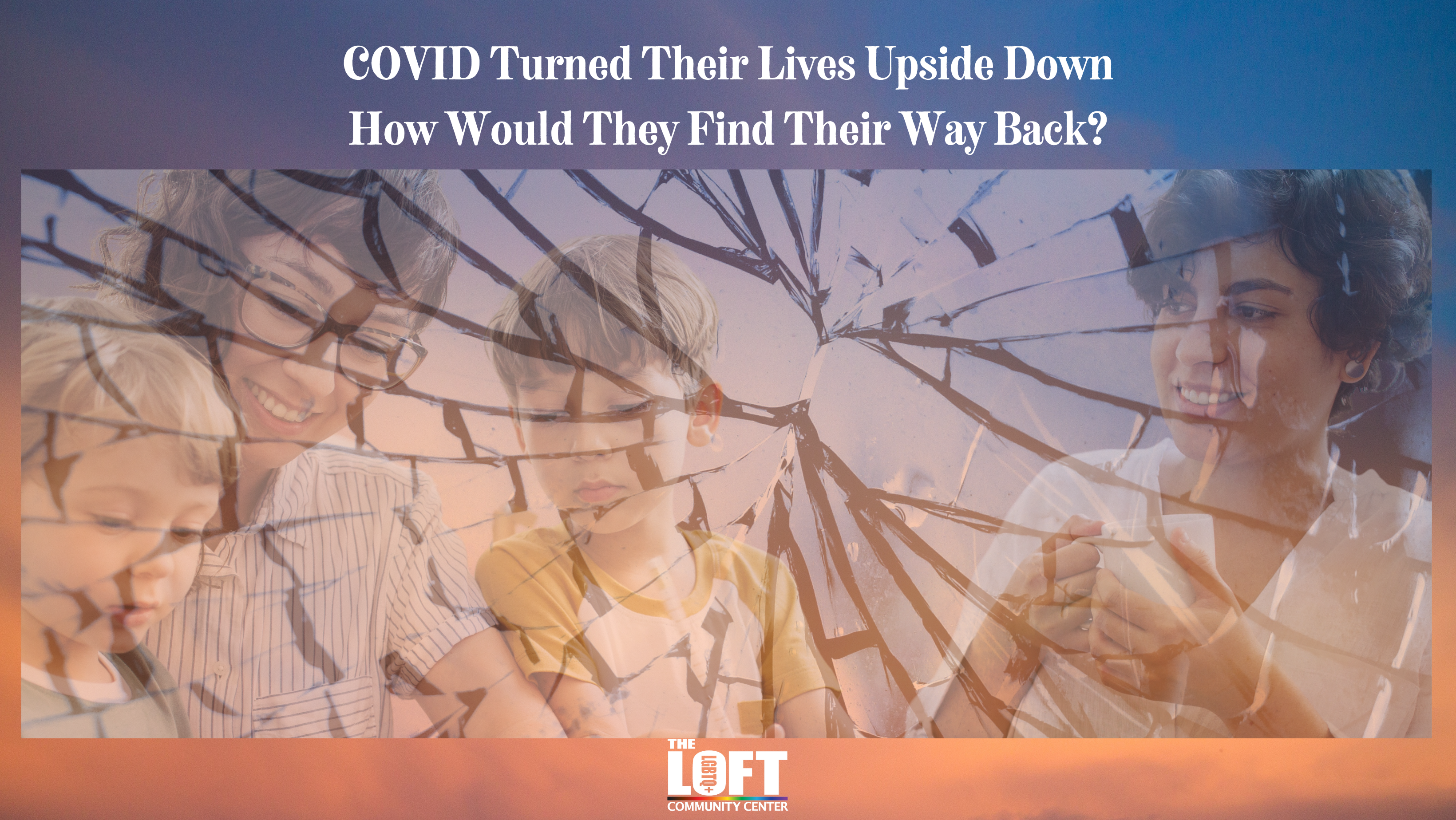 Angela and Liz were able to keep themselves and their two young children negative during the pandemic. Despite that incredible accomplishment, COVID still turned their lives upside down.

In early April of 2020, Liz lost her job as a reservation manager for a major hotel chain. Liz didn’t just lose her job--the major source of income for the family, she also lost the important health benefits that her family depended upon.

Angela also worked, but her job at best could cover only 30% of the expenses for their family. Frantic, Liz scrambled to find something that could prevent them from falling into financial hardship, but good jobs were almost impossible to find. Making matters worse, schools were canceled and the kids needed someone to care for them. Angela was a frontline worker at a grocery store. That meant Liz would have to stay home and attempt to find any available virtual jobs while caring for and schooling the children.

One of their children has special needs and without their old insurance coverage, the bills were much larger and soon began to pile up. Things became immeasurably worse when Liz was told the horrible news that her mother had suddenly passed away from COVID. They had been estranged for almost 15 years. There was no funeral allowed, there was no way to say goodbye, no chance for closure. Liz was devastated.

Angela noticed with worry how all of this trauma was changing Liz. She was drinking hard liquor every night with the amount increasing.

Liz used to be an ocean of patience, dealing with hotel guests and reservations made her famous for her patience. That was gone, and she became unpredictable with mood swings: one-minute laughing, the next screaming, and crying. You never knew what was going to upset Liz.

Angela began to live in perpetual terror for both her and her children. The kids began to beg Angela to not leave when she would get ready to work. Mama Liz was going to be mean they would tell her.

When Angela would come home, often working 10-hour shifts--Liz, drunk, would launch into attack mode: why wasn’t Angela demanding a pay raise from her boss? Why was she so stupid in negotiating awful hours? Why did Angela insist on working overtime, how was that going to save the family finances? Did Angela really think she could save the family working at a grocery store?

Angela knew that if she reacted it would get worse, so she sat in silence, praying for it to be over.

One night, Angela had come late from work. She was picking up a large foil pan of lasagna a mutual friend had made for them. She forgot to tell Liz. When she arrived home with the food, Liz flew into a rage. She grabbed the pan from Angela and threw it against the wall, making the children cry. Liz screamed, telling Angela she embarrassed the family by making them look like they were poor for accepting free food.

This was it. Angela couldn’t do this anymore. She waited until Liz passed out and began to research her options. How was she going to do this? How could she protect her children? How had things gotten so bad? She had no idea where to begin, there was no biological family she could turn to for help.

She remembered a co-worker telling her about The LOFT. She did an online search and found the website. On it, she discovered Rebuilding Rainbows, a program that helps those experiencing Intimate Partner Violence.

That next morning on her break she contacted The LOFT. Within hours of the call, she was able to talk to someone who arranged a time to discuss her concerns. With the help of The LOFT’s Rebuilding Rainbows, Angela was able to learn more about domestic abuse, access the services she needed, and make a plan if she needed to separate herself and her children from Liz.

With help from professionals, Angela was able to confront Liz, who broke down sobbing. Liz apologized and confessed to feeling lost and hopeless, especially since suddenly losing her mom to COVID.

Through The LOFT, Liz was also able to get the help she needed. She discovered a recovery program for alcoholics, she joined The LOFT’sGrief and Loss Support Group, and was also able to use In Support to revamp her resume.

In addition, Angela and Liz began couples therapy, working out their issues. Together, they also joined the Lesbian Social Network and LOFT Families.

Life during the pandemic had thrown Angela and Liz’s life upside down, but thankfully with help from The LOFT, they were able to find their way back.

This is how important community centers like The LOFT are for people like Angela and Liz
Help us continue the work of developing programs and services that can help so many people.
Please consider supporting The LOFT.